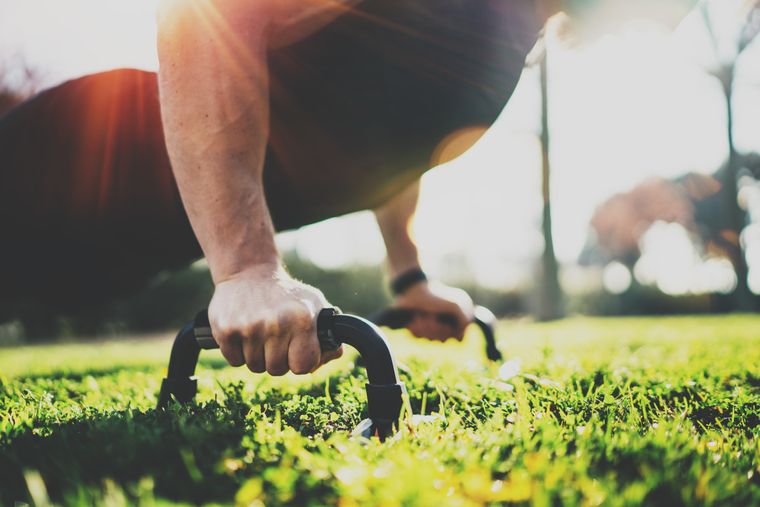 Lactate has some surprising health benefits. This post explains how lactate is beneficial for us, particularly for our brains, and ways in which you can increase lactate levels. Read on to learn how to harness the benefits of lactate for yourself.

Lactate is produced from pyruvate via the enzyme lactate dehydrogenase (LDH) in a process of fermentation during normal metabolism and exercise.

1) Is Neuroprotective and Protects Against Cognitive Diseases

A substance being neuroprotective usually, refers to its ability to prevent glutamate-induced “excitotoxicity.”

Excitotoxicity is when neurons are overactive as a result of excess glutamate. The overactivations cause a cascade of negative events, leading to a breakdown of our mitochondria and neuronal membranes. As a result, the body has a harder time converting the food that we eat to use energy for the brain and body.

Lactate is an important substance that prevents excitotoxicity by inhibiting excess neuronal activity [1].

Hypoglycemia is the main cause of excitotoxicity. I’ve learned over the years that perhaps the worst thing for the brain is chronic bouts of hypoglycemia.

A rodent study in 2013 has found that modest increments in circulating lactate allow the brain to function normally under acute hypoglycemic conditions and that elevated lactate are also critical for maintaining glucose metabolism under hypoglycemia, which in turn, preserves neuronal function [2].

I didn’t chance upon this information by accident. I investigated lactic acid because I had noticed a trend where I was protected from hypoglycemia when I did specific exercises (high intensity) and ingested certain foods/beverages.

After some time, I realized that the common denominator was lactic acid. Most fermented foods/beverages contain lactic acid.

Traditional societies have always included lots of fermented foods for good health. I believe lactate was a crucial ingredient for our ancestors, something our current generation doesn’t take advantage of.

Personally, I’ve had to deal with GAD, OCD, dysthymia, brain fog, chronic fatigue and anhedonia, which were exacerbated by hypoglycemic-induced glutamate excitotoxicity.

Even though I’ve removed the sources of inflammation and repaired my mitochondria to a large degree, mitochondrial damage can linger.

Hypoglycemic-induced excitotoxicity wouldn’t come about if our brains had an alternative source of energy on which to rely when glucose runs low and we would, therefore, solve a lot of cognitive-related problems.

All neurodegenerative diseases (to my knowledge), cognitive decline and mental illnesses are, are in part, a result of an excitotoxicity.

However, we shouldn’t only view the positive benefits in the light of prevention of chronic illnesses, since hypoglycemia can also cause us to perform worse in the day without any overt pathological condition. So having a backup generator should not only be viewed as a prophylactic but also as a method to increase day to day cognitive and physical performance.

Excitotoxicity is partially responsible for:

2) Provides An Alternative Fuel to Our Brain

We’ve all heard the familiar refrain: the brain runs on glucose.

Paleo and low carbers like to talk about getting into ketosis and ketones as an alternative source of energy for the brain.

Ketosis is a starvation response to low carbohydrates, where the body burns fat for energy that can directly be used by the brain. Normally, fat needs to be broken down into glucose for the brain to use. Ketosis has a host of health benefits, especially for some neurological conditions. But ketosis is, after all, a starvation response and isn’t something that most people can easily and comfortably get into.

People differ in their capacity to get into ketosis and there’s a small percentage of the population that would die before they got into ketosis. I’ve tried to get into ketosis before and failed, but after trying again recently I was successful, yet it gave me a headache, nausea and a flu-like feeling and some GI issues since I had to take in a few tablespoons of MCT oil. It wasn’t pleasant even though I probably would’ve adjusted more if I gave it time.

In any case, what’s surprisingly never talked about is a completely different alternative to both glucose and ketosis: lactic acid.

There is some indication that not only is lactate a backup, but it can be used preferentially to glucose as a fuel source for the brain and other organs [4, 5]. That’s a significant piece of information.

Additionally, cellular studies have found that glucose is insufficient as an energy source during intense synaptic activity and finally, that lactate can be an efficient energy source capable of sustaining and enhancing brain energy metabolism [6].

Lactate can also be an energy source for various organs, including the liver, where it is burned with oxygen to make ATP. The heart even prefers lactate as a fuel [7].

3) Is a Powerful Mitochondrial Enhancer

Mitochondrial improvement is a critical tool for cognitive and physical enhancement. Improve your mitochondria and you improve the amount of energy you can create and use from food.

Lactate, but not glucose, was found to up-regulate mitochondrial oxygen consumption [8], which means that the mitochondria were producing more energy.

Even if you increase glucose intake, your mitochondria will work at a low level fixed rate because it cannot up-regulate oxygen consumption by the mitochondria [8].

However, Lactate produces a dose-dependent increase in oxygen uptake, enabling our mitochondria to meet the increased energy needs [8].

In addition, lactate induces your stress response and up-regulates the expression of genes involved in creating new mitochondria.

The world’s best athletes stay competitive by interval training and this is thought to help because the intense exercise generates big lactate loads, and the body adapts by building up mitochondria to clear lactic acid quickly [7].

Just before a race, coaches often tell athletes to train very hard in brief spurts. This is because lactate increases the mass of muscle mitochondria, letting them burn more lactic acid and allowing the muscles to work harder and longer. That extra stress increases the mitochondria mass even more and is the reason for improved performance [9].

Researchers recently found that lactate causes cells in the brain to release more norepinephrine, a neurotransmitter which is fundamental for brain function [10].

Norepinephrine is responsible for concentration, alertness and blood flow to the brain [11].

Orexin, also called hypocretin, is a neurotransmitter that regulates arousal, wakefulness, and appetite. Narcolepsy is caused by a lack of orexin in the brain due to the destruction of the cells that produce it [12].

Lactate is a critical energy source and a regulator of the orexin system. Lactate release from astrocytes plays an integral part in balancing brain activity and energy supply [13].

The effect of lactate on firing activity is concentration-dependent. Also, lactate disinhibits and sensitizes these orexin neurons for future excitation [13].

One study hypothesized that orexin neurons only ‘see’ glucose changes when the levels of other energy molecules are low, whereas high energy levels can stop glucose from regulating orexin cells [14].

My Top 5 Sources of Lactate

I have my preferred sources of lactate that I like to use for mitochondrial enhancement since I’ve noticed a particular benefit from these sources.

During intense physical exercise, your body produces lactate and this can enter the brain [1].

Endurance training increased the number of lactate transporter molecules in mitochondria, evidently to speed the uptake of lactate from the cell into the mitochondria for burning [7].

I like pull-ups over push-ups because the body remains vertical, so it’s not as bad to do after a meal.

Anyone can do this by getting a pull-up bar that hangs on your doorpost.

I find the perfect time to do it is during periods of fatigue induced by a carb-laden meal, though this very infrequently happens to me these days. I still like to do it after meals.

The fatigue rapidly goes away and my brain buzzes on lactate after I do a set. In addition, I build muscle much quicker when I do this because the spike in insulin shuttles the glucose from the blood into my muscles.

Aerobic exercise is not nearly as effective as pull-ups or short bouts of intense exercise regarding lactate production.

I like kombucha because it has so many other benefits. It has all the benefits of green tea but also has butyric acid, acetic acid, glucuronic acid, and glutamate. Each one of these acids is extremely beneficial to the body. More to come.

I used to eat sourdough bread, but I stopped as a result of lectin sensitivity.

I used to buy whole grain, spelt, sourdough bread, which happened to be loaded with lactic acid (subjective experience).

I try to eat other fermented products as well such as Sauer kraut and pickles (all in the refrigerated section), but I haven’t noticed strong effects from these foods, especially with regard to that feeling I get from lactate.

Kefir and olives are also good, but I don’t like the taste and I’m sensitive to them.

The good bacteria in all of these fermented foods can also increase lactate production in our gut.

Many people don’t realize that 25% of fructose consumed turns into lactate, which blocks orexin suppression by glucose.

Raw honey is my preferred source.

Lactate’s benefits can be varied depending on your genetic makeup. Go to SelfDecode to find out how your genes may play a role in lactate production and use.