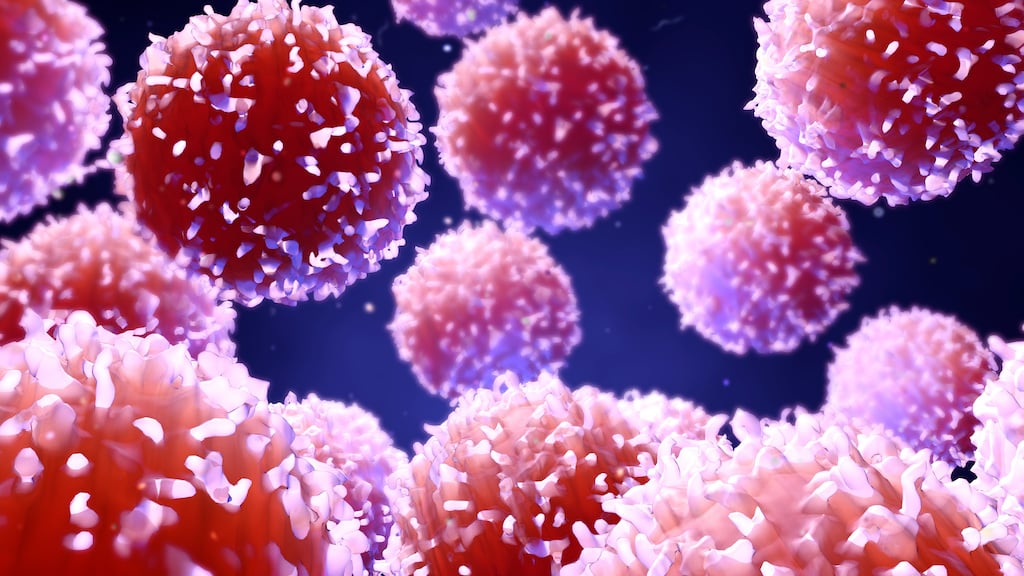 What happens when immune cells get out of control & attack your own tissue. Tregs can prevent this. Learn how to increase them naturally.

If you are having a hard time reading the material, then just read the bolded parts.

What are T Regulatory Cells (Tregs)?

Tregs comprise ∼5% – 10% of T helper cells and can be identified by the DNA reading protein ‘Foxp3’ or a lot of CD25 proteins on its membrane/surface.

There are two types of Tregs: ‘natural’ (nTregs) or ‘induced’ (iTregs). Both types are anti-inflammatory. Natural means that they are part of the cells naturally found in our thymus gland. Induced means that they are created outside the thymus. (There are 2 kinds of induced Tregs: Tr1 and Th3) [1, 2].

Tregs produce TGF-B and interleukin IL-10, both of which mostly inhibit the immune system [3].

Tregs need to be ‘activated’ in order to have their suppressor functions [6].

Tregs inhibit immune activation by a direct cell to cell contact. This means that it doesn’t only work through cytokine intermediaries such as TGF-B and IL-10. These cells are directly anti-inflammatory [7]. For some reason, this information excites me.

In particular, TGFb and IL-10 seem to be crucial for sustained tolerance induction by Treg [10]. On the other hand, TNF, IL-1, and IL-6 block the ability of Tregs to induce tolerance [10].

Probably the single most important reason we develop IgE-related allergies is that we aren’t creating Treg cells in the gut, but instead Th2 or Th17 cells [11].

This happens in 3 ways: by changing the type of dendritic cells that reside in our gut, by blocking Th2/mast cells/other immune cells, and by actually changing the tissue structure of our gut [11].

Our gut has dendritic cells that capture proteins from food and bring them to the lymph nodes. To produce Tregs, we need sufficient vitamin A, TGF-B, and the enzyme IDO [11].

If we produce Tregs, then they will tell the dendritic cells that the protein they carry is cool and there’s no need to ring the alarm bells [11].

For oral tolerance, immune cells (DCs) are told not to react to a protein in the gut tissue, and these cells circulate to other tissues, which trains the immune system [12].

I’ve tried all different ways to induce tolerance, but I haven’t found this to be effective for lectin sensitivity at all. This works for probably most other food allergies.

Treg cells, surprisingly, can be important for clearing some infections. They are crucial for the establishment of a functional Th17 response after the infection in the gut (with the help of IL-2) [13].

Tregs can improve wound healing [14] and are neuroprotective in stroke models [15].

The Bottom Line: If you’ve got autoimmune or inflammatory problems, there’s a good chance that you’re deficient in Tregs or that they’re dysfunctional. Tregs can then be considered ‘good’.

Unrestrained Treg-cell activity can lead to impaired immunity [8], which means high Tregs will make you will be less capable of fighting most infections.

For example, a high level of Tregs can theoretically make people with CFS and other disorders believed to be caused by viral infections worse. Indeed, not surprisingly, people with CFS have higher levels of Tregs [16].

In my EBV/Mono post, I speak about how various autoimmune disorders can be caused by a viral infection that’s out of control.

Two significant factors that cause this is a low Th1 immune system/low INFy and low cytotoxic T cells (CD8+).

If you have high Tregs, it will decrease both of these immune system aspects, plus others that are involved with keeping viral infections at bay.

So any disorder caused or aggravated by a viral infection should become worse by having high Tregs.

However, if you have high Tregs, it will create a tolerance to specific tissues and will, therefore, be overall beneficial when it comes to classical autoimmune disease. And we see this below in the list of diseases with low Tregs.

This may not be the case for something like CFS, though, which is more systemic rather than a specific tissue being attacked as is the case by a classical autoimmune disorder.

Tregs can have a dark side when it comes to cancer because they limit our ability to fight tumors, to a degree. They curtail the generation of Th1 responses. Part of these responses is the production of CD8+/Cytotoxic T cells and IFNy. Both of these fight tumors [17].

Tregs are also the main source of IL-10 in tumors, which I discussed inhibits our ability to kill tumors to some degree [17].

Tregs also inhibit the body’s ability to suppress the formation of cancerous cells [18], which means high Tregs will lead to cancer.

Patients with tumors have a local excess of Tregs [18].

Tregs can also increase inflammation in certain situations because they can become dysfunctional and start producing IL-17 [19].

Bottom Line: If you’ve got cancer, you might want to shift your immune system to decrease Tregs – at least in cancer tissue. However, systemic levels do likely influence levels in cancer tissues.

The ideal scenario is to have a healthy Treg level throughout your body, but low Treg levels in cancer or precancerous tissue.

Also, ideally, Tregs would be decreased when we have an infection and increase when we get over it.

Why Can’t We Just Inject Tregs Into People?

Treg cell therapy may be very risky, as the Treg cells transferred to the patient may reverse and become another proinflammatory Th17 cell [18]. IL-10 is a cytokine that blocks this conversion from happening [10].

You see, in these cells, there are two proteins that read the DNA, which regulated the cell’s activities and product production: Foxp3 and RORyt. When Foxp3 decreases relative to RORyt, the cell will start producing more IL-17. There’s no dividing line at which Tregs become dark villains; it’s on a continuum [19].

So it’s the level of Foxp3 in the Treg that matters most. In psoriasis, skin cells have lots of Tregs but reduced Foxp3 [19].

The good news is that HDAC inhibitors such as Butyrate block the conversion of healthy Tregs to IL–17 producing Tregs [19].

What needs to be done then to heal yourself/prevent disease is to change the environment of these cells. This means to decrease systemic inflammation, ideally by getting to the root cause.

However, studies have found that having variations in mTOR is important for Treg development. So you don’t want to constantly inhibit it; instead, cycle with high and low mTOR activation [32].

The depletion of arginine, glutamine, and tryptophan increases Treg generation (via inhibiting mTOR) [32].

Tregs prefer to burn fat for fuel and when you take this away from them, they are less likely to develop [32].

Oddly, gluten may increase Tregs. Tregs were significantly lower in patients who had abstained from gluten compared with individuals on a standard diet [26]. However, I wouldn’t pay much attention to this, because Tregs probably went down as a result of less inflammation (so there needed to be less Tregs).

The mTOR–Akt pathway suppresses Treg cell production and activity [8]. So you want to inhibit mTOR.

Conditions
7
The Big Picture: Why Stress Causes Your Body to Break Down
Nutrients
4.4
38
The Importance of Real Vitamin A (Retinol)
Supplements (other)
0
Beyond “Carbs”, Gene-Based Nutrition & Supplements