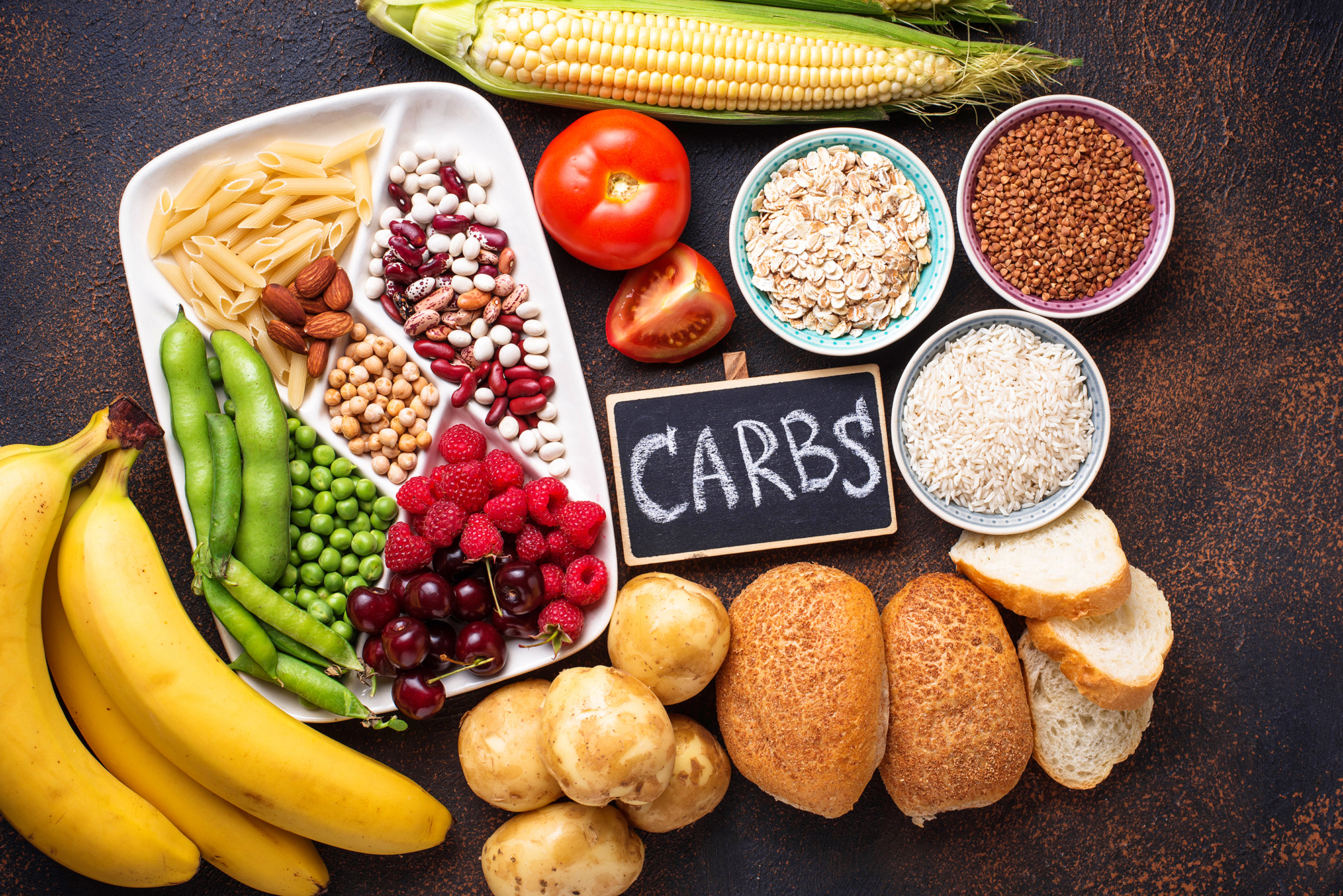 I think it’s important for people to know the mechanisms for why they are getting tired from carbs. It turns out that the hacks that help post-meal carb fatigue fit nicely with my theories.

Orexin Suppression is Why You Feel Tired After Carbs

People want to know the underlying cause of why they get tired after meals – and carbs in particular.

I’ve spoken about orexin a lot on this blog. Orexin is the most important wakefulness neuropeptide.

I am convinced that post-meal fatigue is mediated by orexin suppression (i.e. the neurons firing less), and this is backed up by studies and self-experiments.

The question then becomes why are your orexin neurons more easily suppressed by carbs (and you get tired) vs. other people who don’t get as tired from carbs.

Read this post for a background on orexin: 29 Ways To Naturally Improve Mood and Motivation By Increasing Orexin/Hypocretin.

Why Health Issues Lead to The Suppression of Orexin

There are a variety of features of the CFS health issues that people deal with that lead to orexin being lower and more likely suppressed.

ATP is the main energy-related molecule that we produce from our mitochondria in our cells. It’s a form of stored energy.

Your hypothalamus senses energy-related molecules like ATP, and if it’s low, orexin neurons will be more likely to be suppressed to conserve energy. This results in fatigue.

Increased ATP levels prevent the suppression of orexin from carbs [1], so if you have higher levels of ATP, you will less likely get tired after carb-filled meals.

ATP is the main energy-related molecule that we produce, and when they’re deficient, orexin is suppressed [2].

People with chronic fatigue health issues have lower ATP due to poor mitochondrial function, which will make them more likely to be fatigued after carbs.

My experiments in improving mitochondrial function confirm that this plays a significant role in lessening carb-induced fatigue.

Elevated inflammation from cytokines like IL-1b [3] and TNF [4] cause fatigue by suppressing of orexin neurons [5, 6].

Il-1b is something that is more often than not localized in the hypothalamus. If your nervous system is overactive, it means there’s a good chance you have higher IL-1b, which will predispose you to orexin suppression.

My experiments with reducing inflammation confirm that cytokines are a significant cause of orexin suppression.

Orexin is controlled via a circadian rhythm and the SCN neurons (the command center for your circadian rhythm, found in the hypothalamus) directly connects to orexin neurons to stimulate wakefulness [7].

Carbs will likely have less of an effect on orexin if your SCN is firing robustly.

Cyclic AMP is one of the main communication molecules that transmit signals in the cell.

People with chronic health issues tend to have lower cyclic AMP because this is produced from ATP and when ATP is lower, cyclic AMP will be lower.

Forskolin is a well-known wakefulness promoter, and it certainly produces a noticeable effect on me. Forskolin increases cyclic AMP in the whole body, including in the area where orexin neurons are. This causes these neurons to activate (long-term potentiation), and the result is we’re more wakeful [8].

My experiments with Forskolin confirm that lower cyclic AMP is a significant contribution to the suppression of orexin.

SIRT1 is a protein that modifies other proteins, and it uses NAD+. So it’s important for epigenetic expression.

NAD+ and SIRT1 have a variety of protective functions in the body.

People with chronic health issues tend to have lower NAD+ and SIRT1 levels.

Besides orexin, SIRT1 sustains other sets of neurons that are important for wakefulness.

Wake neurons in the basal forebrain and brainstem provide critical inputs to optimize alertness and attention.

In animals, SIRT1 serves as a critical neuroprotectant for these wake neurons. Loss of brain SIRT1 in the adult mouse cause impairments in wakefulness.

Populations of wake neurons (including the orexinergic, locus coeruleus, mesopontine cholinergic, and dopaminergic-wake neurons) that don’t have SIRT1 show a loss of dendrites and neurotransmitter synthesis enzymes and develop an accelerated accumulation of cellular debris (lipofuscin), causing wake neurons to malfunction [11].

My experiments with increasing SIRT1 confirm these findings that it increases wakefulness in the long run.

Nitric oxide is a complex story – it can be both good and bad. The key point is that it needs to be regulated well.

Important factors are where it’s increased, for how long and how much is produced.

I’ll admit that I don’t fully understand all of the nuances of nitric oxide.

Nitric oxide regulation is off generally in people with chronic health issues, partly because iNOS (induced by inflammation) causes dysregulation of nitric oxide.

Orexin-A’s effects are Nitric Oxide-dependent. But you need this nitric oxide in specific parts of your hypothalamus (lateral hypothalamus).

In particular, nitric oxide is critical to the appetite-stimulating effects of orexin [12].

Too much and/or chronic nitric oxide can also cause orexin neurons to degrade [13].

Nitric oxide can cause both wakefulness [14] and sleep [15], depending on where it’s produced.

If nitric oxide isn’t regulated properly, it may cause fatigue/wakefulness at improper times.

Why Are Thin People More Prone to Orexin Suppression?

I see it all the time – people are either hungry and fat or have no appetite and can’t sustain their weight (or at the very least have no problems losing weight).

The people who are fat seem to have fewer issues with fatigue than the people who are thin, even though being overweight is symptomatic of health issues and you’d think they’d have it worse.

The thin people experience more fatigue from orexin suppression than the obese, in my experience. This is because various factors cause less orexin function in thin people.

There are many genes (and epigenetics) and environmental factors that interact in diverse ways that end up deciding your weight.

The POMC polypeptide causes a lower appetite, but they also lead to less orexin (mice lacking POMC have higher levels of orexin). This is mediated by alpha-MSH, which suppresses orexin [16].

So thin people have higher POMC, and this leads to lower appetite/weight loss and less orexin.

Overweight people have lower POMC, more of an appetite and higher orexin.

How to Prevent The Suppression of Orexin From Carbs

I noticed these hacks prevent fatigue from carbs, without their main effect from decreasing blood glucose. I hypothesize why these hacks help me when I need them.

References are found in my post: 29 Ways To Naturally Improve Mood and Motivation By Increasing Orexin/Hypocretin.

Orexin is controlled via a circadian rhythm and the SCN neurons directly connect to orexin neurons to stimulate wakefulness [7].

I notice the more I take care of my circadian rhythm, the less tired I get after carbs.

I’m more carb tolerant when I get more sun or when I use a Bright Light Device (which I only use if need be). The effects are different, with the sun being better at increasing orexin for me because of the UV.

Infrared/UV from the sun could also improve mitochondrial function.

Note that some people get tired from the sun, perhaps also because of nitric oxide. It used to make me sleepy.

Forskolin increases cyclic AMP in the whole body, including in the area where orexin neurons are. This causes these neurons to activate (long-term potentiation), and the result is we’re more wakeful [8].

Interval exercise increases orexin by increasing lactate, which prevents the suppression of orexin.

A study found that in healthy people, there was a correlation between omega 3’s and orexin A (but not in the narcoleptics) [17].

I’m more carb tolerant when I increase DHA, whether from fish or fish oil.

I’m more carb tolerant when I use these, partly most likely because of SIRT1/NAD+’s effect on increasing orexin.

Kombucha contains lactate and NAD+, in addition to tea polyphenols and some caffeine.

All of these will stimulate orexin (tea polyphenols indirectly).

Nicotine increases orexin, and this abolishes carb induced fatigue for me.

ACV decreases blood glucose, but besides that, anything acidic will increase orexin. So ACV is good at decreasing fatigue after carbs.

This works perhaps by increasing nitric oxide. I’m not sure.

Berberine and cinnamon will decrease blood glucose, which will help orexin.

These are also AMPK activators and anti-inflammatories, and I believe AMPK makes me more carb tolerant (no mechanism).

Hi-maize produces butyrate, which is an energy-related molecule and should, therefore, block glucose-induced suppression of orexin [2].

I’ve found that it does indeed increase wakefulness after a glucose challenge or a big meal.

It also increases GLP-1, which functions like orexin and works instead of it [18].

Hi-maize will also slow the absorption of glucose because it’s a fiber, so it works in multiple ways.

No clear mechanism, but I notice it increases carb tolerance.

ICES is a device that I have found to potently increase wakefulness.

There is no direct research showing ICES increases Orexin, but my personal experience leads me to think that it does.

I believe the main mechanisms by which ICES increases orexin is by decreasing inflammation and potently increasing ATP production. It does this better than every other thing that I have tried.

Anything that will utilize blood glucose, slow the absorption of carbs, increase insulin sensitivity will make you less fatigued.

But I don’t really focus on these in this post because they revolve around lowering blood glucose.

This post contains sponsored links, which means that we may receive a small percentage of profit from your purchase, while the price remains the same to you. The proceeds from your purchase support our research and work. Thank you for your support.