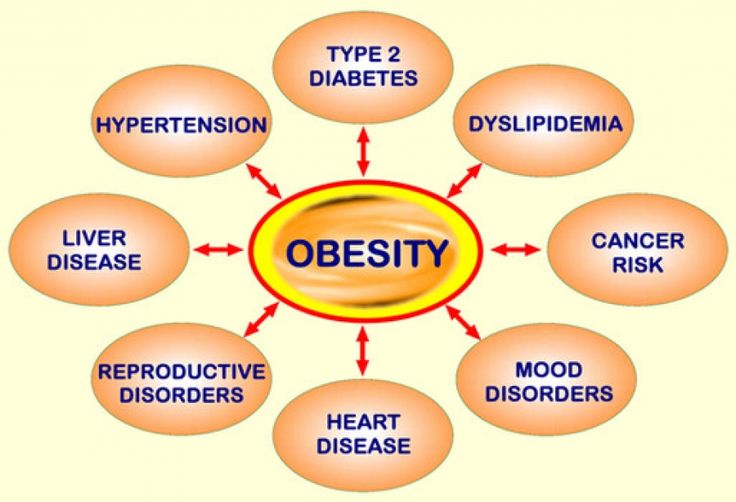 What’s interesting is that people who are affected by environmental toxins are more likely to gain weight, and markers that are associated with weight gain are elevated.

TGF-beta is correlated with obesity in rodents and humans [1].

Smad3 (which is activated by TGF) acts as a repressor of PGC-1a expression.

People with mold illness have elevated TGF-beta, which is probably one reason why they have problems with weight loss. TGF-beta also degrades muscle.

However, TGF beta is significantly elevated during starvation in Anorexia, but this could be confounded by the elevation of other cytokines [2].

ASP inhibits the action of hormone-sensitive lipase, which is linked to the development of obesity [3].

C3a and the complement immune system is often elevated in mold illness.

There is growing evidence that MMPs play an important role in causing obesity.

An MMP-2 gene was associated with the percentage of body fat in childhood obesity in New Zealand [7].

MMP-9 levels are found increased in obese subjects [8, 9] and are correlated with BMI [10].

In one study, obese children and adolescents had higher MMP-8 [13].

Vascular endothelial growth factor (VEGF) is abundantly secreted from fat cells and plays a key role in the process of fat tissue formation through increasing angiogenesis.

A positive correlation between the concentrations of circulating VEGF levels and BMI was demonstrated in healthy male subjects under highly controlled conditions [14].

Angiogenesis has been associated with fat tissue (visceral and subcutaneous) in severe human obesity [15].

Mice treated with an angiogenesis inhibitor had smaller fat cells [16].

Blood VEGF-A levels were significantly higher in obese patients than in lean controls, decreasing after weight loss with bariatric surgery [19].

VEGF genes increase susceptibility to obesity in children and adolescents [20].

Calcitriol (active vitamin D) has been reported to inhibit angiogenesis [21], decrease the negative effects of VEGF and decrease the production of VEGF [22].

Substantial evidence exists supporting the important role of Toll-Like Receptors (TLRs) in the cause of obesity.

Chronic low-grade inflammation found (in endotoxemia) has been demonstrated to be due to activation of TLR-4 by LPS (lipopolysaccharide).

TLR-4 activation increases inflammation in fat cells and macrophages, resulting in the development of insulin resistance and increased fat [23].

Mice, lacking TLR-4, have been found to be resistant to diet-induced obesity and insulin resistance [24].

Both TLR-2 and TLR-4 are increased in fat tissue in patients with obesity and type 2 diabetes [25].

TLR-4-deficient mice were protected against obesity-induced by diets high in saturated fat.

Cyclooxygenase (COX) participates in the conversion of arachidonic acid into prostaglandins.

PGE2 and PGD2 have shown to promote fat in mice through increase the creation of fat and preventing the breakdown of fat [27, 28].

In one study, a COX-2 genetic deficiency produced in a significant reduction in total body weight and percentage of body fat [28].

Which diet plan is going to help you most?

It seems like every year, a new diet regimen surfaces onto the mainstream, claiming to be revolutionary and life-changing. And some people swear by it, promising you the world if you just adapt to the diet they’re on. But on the other end of the spectrum, you have people sharing their horror stories on that same diet.

The problem is, there is no one-size-fits-all weight loss program because your genes can influence which diet is best for you. So the best option is to create a regimen specifically for your body, and that’s exactly what you’ll be able to do with SelfDecode’s Weight DNA Wellness Report.

This report analyzes over 455,000 genetic variants and provides you with personalized diet, supplement, and lifestyle recommendations to help you maintain a healthy body weight. No more struggling with your weight. Sign up for SelfDecode & download your Weight DNA Report today

Nf-kB seems to cause weight gain.

Eating too much (no matter if it’s too much fat or carbs) creates insulin and leptin resistance (via activating hypothalamic NF-kB).

The fancy term is “endoplasmic reticulum stress”, which basically means we’re overloading our cells with calories, without the ability of the mitochondria to utilize it.

Most studies use fat to do this, but any macronutrient can theoretically do this [30].

NF-κB activity was higher in animals fed a high-fat diet. Increased stomach fat was associated with higher Nf-kB in these tissues [31].

When scientists inactivated part of the intestinal immune system in mice (a protein called MyD88), they were much more resistant to diabetes and obesity (diabesity) [32].

Plasminogen activator inhibitor-1 (PAI-1) is present in increased levels in various disease states such as cancer, heart disease, and obesity. [33]

PAI-1 results in the overgrowth of tissue (fibrosis) [33].

Angiotensin II increases PAI-1, which causes hardening of the arteries [33].

PAI-1 is believed to have a direct causal role in obesity and insulin resistance [34].

TGF-beta increases PAI-1, which is reversed by curcumin [35].

Glutamate is an excitatory neurotransmitter and it stimulates appetite [37].

People with chronic inflammation will have higher glutamate in various brain regions.

Enzymes that use NADPH to create free radicals (p22phox and p47phox) are elevated in the fat tissue and vessels of obese subjects [38].

Spirulina and Vitamin D may help obesity via the suppression of NADPH expression.

Nitric oxide synthase (NOS) is an enzyme that is involved in the synthesis of nitric oxide (NO). It’s increased in inflammatory states.

Inflammation is at the root of many health issues, including weight gain, and is caused by a whole variety of different things, I have compiled all the research that has helped me reduce my chronic inflammation greatly into my book SelfHacked Secrets.

If you want to analyze your genome, SelfDecode is the best tool out there to do that.