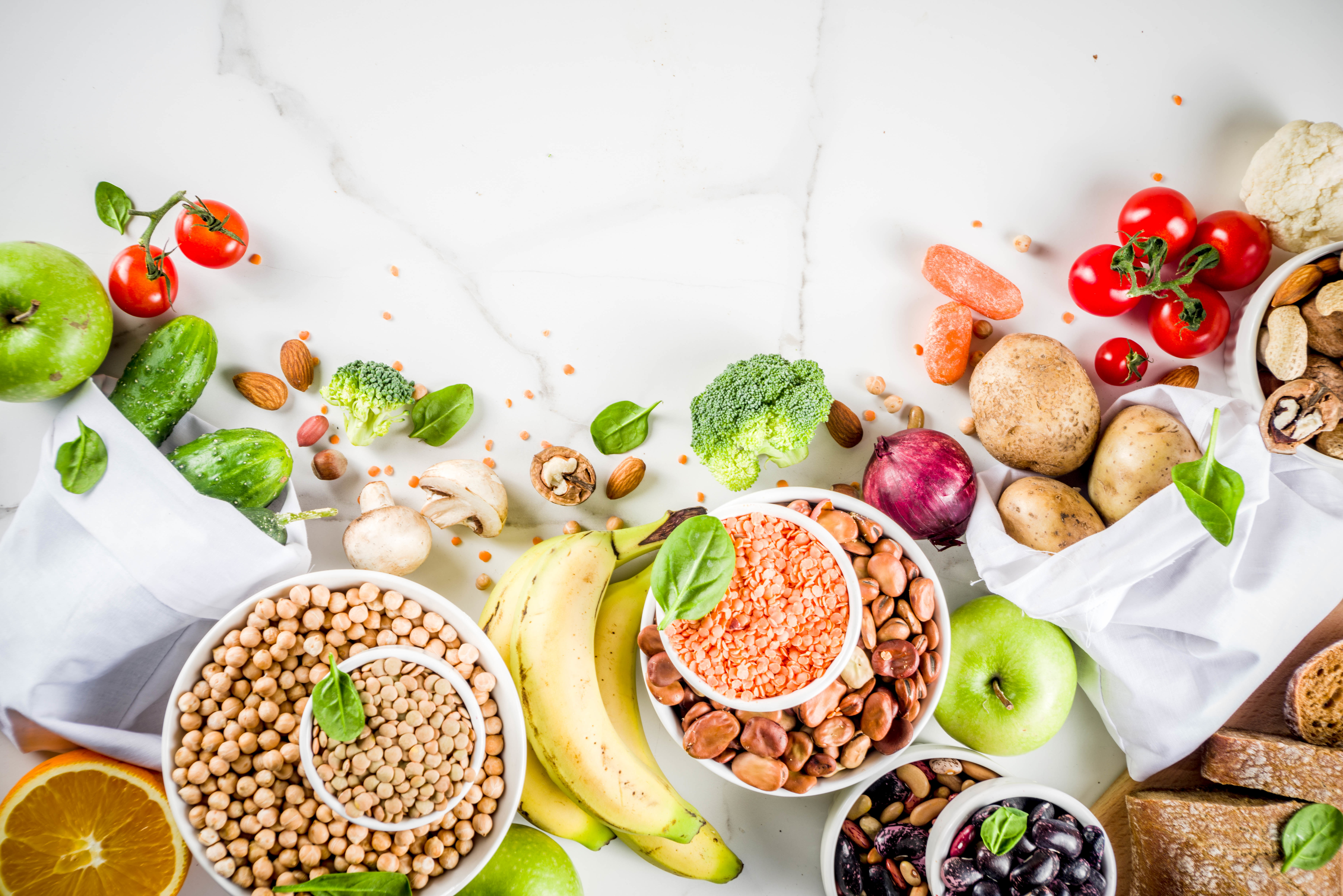 I’m a firm proponent of understanding how people are different. When I first realized that lectins were the issue in plant foods, I assumed that I couldn’t assume people are sensitive to lectins simply because I am. But after helping hundreds of people, I started to see patterns which allow me to determine who is and isn’t lectin sensitive – and more importantly to what degree people are lectin sensitive.

What is Lectin Sensitivity?

It’s been about two years since I formulated my theory of lectins as being a significant cause of issues stemming from food. The theory started out by self-experimentation with foods and then seeing patterns. Foods with more lectins caused more problems.

I then set out to see who else discovered this and found some scattered info here and there but almost nothing seriously studied. I found the only clinical trial available done by Dr. Steven Gundry. The study wasn’t published because Dr. Gundry says he simply lacks time, but I was able to interview him for my podcast.

If I could’ve read this information ten years ago, it would’ve helped me out so much. The problem was that I was too skeptical about listening to others – and for good reason.

I’m the type of person who will be skeptical about ideas such as lectin sensitivity unless I understand concretely why someone like me is lectin sensitive, while someone else can seemingly eat lectins without any significant problems.

At the very least, I’d need to see clear distinctions between myself and others that are objective, rather than listening to someone say that legumes are horrible for everyone (even if that is right).

This post is meant for the skeptics who will rightfully ask: How do I know if I’m lectin sensitive? Why is it other people don’t seemingly have issues? Which biomarkers are important to indicate that you are more lectin sensitive?

Lectin sensitivity is on a spectrum. Some people are extremely sensitive, such as myself, while others are not significantly sensitive.

This post combines information from myself, my research and patterns observed from clients over time. I would never have been able to figure these things out without seeing consistent patterns from my clients – so this post is devoted to them.

The vast majority of my clients happen to be lectin sensitive, but how lectin sensitive has for a long time been a question mark in my head that I found hard to be precise about.

You can identify lectin sensitivity by a combination of symptoms, blood tests, and genes. The more of these that you have, the surer you can be that you’re lectin sensitive and the more, you’ll be affected by lectins.

I happened to have all of the biomarkers, and unsurprisingly I am extremely lectin sensitive. So knowing this will make you somewhat less skeptical.

In time, I will keep adding additional ways of knowing if you’re lectin sensitive, but so far this is by far the most cutting edge diagnostic method.

Three Classes of People Who Are Lectin Sensitive

Since my theory, I started to look for patterns from my clients on who was and wasn’t lectin sensitive.

Initially, my theory was that I shouldn’t assume that others had the issue simply because I did. But with experience, I started to see patterns emerge.

There are three main classes of people:

Most of the time people will have a mix of these.

So for example, people will often have some genes in combination with a stressful period – as well as latent infections picked up throughout life.

Health issues starting after psychological stress or chronic immune activation are some of the best predictors of lectin sensitivity.

If someone has intermittent brain fog, that’s a symptom that lectin sensitivity is a more important cause. This happens because lectins wreak havoc on the hypothalamus.

The biggest risk factors for developing lectin sensitivity are:

Why Do These Risk Factors Increase Lectin Sensitivity?

Anything that activates your immune system and nervous system will increase lectin sensitivity.

So chronic infections will cause both immune activation and an activation of the nervous system. However, in these people, staying away from lectins won’t cure their problems because lectin sensitivity is just a terrible side effect, not the cause.

One possibility is that when a threshold of TLR or immune activation is reached, you start getting more problems from lectins.

Immune activation will also activate your nervous system, which itself has a bunch of negative effects on the gut.

Activation of Your Nervous System

Over-activation of your nervous system is one of the biggest risk factors for lectin sensitivity. I have many theories why this is the case.

1) Over-activation of your nervous system will cause a ‘leaky gut’ via the wide variety of effects of the hormone CRH. CRH effects include slower gut flow, less cannabinoid activation (in the amygdala and I suspect in the gut as well) and local inflammation in the gut. Also, CRH will directly cause hormonal dysregulation. The result is lower GnRH, LH, FSH, Pregnenolone, DHEA, Testosterone, Growth Hormone, Thyroid Hormones (T3, T4, TSH) and higher Prolactin and Estrogen.

2) Over-activation of your nervous system will cause lower oxygen or hypoxia in your gut, which will disturb the local gut immune system. This is because blood flow is reduced to your gut when your nervous system increases. Less blood flow also causes less nutrient delivery. Your blood gets shunted to your heart and muscles, while your stomach and liver don’t have what it ideally needs.

3) It will disrupt your sleep. This causes a bunch of downstream problems because sleep is critical to so many other functions.

4) It will disrupt your circadian rhythm (which causes a bunch of downstream problems).

5) It will cause excess glutamate and histamine and less serotonin. This will slow gut flow and cause SIBO (via Kynurenine pathway).

6) It will cause HCL production to decrease. The result is food sensitivities and even more inflammation.

7) It will decrease levels of good hormones and increases some bad ones because they get shunted to cortisol, and indirectly because of circadian and sleep disruption.

In general, oxidative stress and inflammation will cause lectin sensitivity in the gut.

Cytokines and various components of the immune system activate TLRs.

Alcohol, morphine and sleep loss in young but not old adults [3] activate TLR4, which is one reason why people with lectin sensitivity will do worse with these.

How to Know If You’re Lectin Sensitive

The following are other common symptoms. My current thinking is that lectins are similar to tissues in the hypothalamus, brain stem and other areas in the limbic system. Lectins may cause some autoimmune reaction, which dysregulates the hypothalamus.

I am reasonably confident that dysregulation of the hypothalamus is taking place in most of my sensitive lectin clients. I’m just not sure if it’s because lectins are binding to sugars in these tissues or if our immune system starts getting confused and attacks them.

People with lectin sensitivity tend to have:

You can check these markers.

You can request that your doctor test the levels of the markers listed above. Conventional doctors will look at high or low levels and not mention anything. Sometimes, a lab result may be in the reference range, but not actually be in the optimal range. Reference ranges are not the same as optimal ranges. This is why even values in the ‘normal’ range can be unhealthy and indicate that certain processes in the body aren’t optimal.

My Theory On Why Elevated Adiponectin is Associated With Lectin Sensitivity

Dr. Gundry has pointed out that he’s noticed adiponectin as a marker for lectin sensitivity. I have two theories as to why this is the case.

I’ve identified a variation in the Cannabinoid 1 receptor SNP (rs1049353) in my clients with lectin sensitivity. This variation causes the CB1 receptor to not function as well. This SNP is associated with higher adiponectin. Then I found a study showing that Adiponectin increases when you block the CB1 receptor [5].

Hence, Adiponectin is a marker of lectin sensitivity because of the CB1 receptor genetic variations.

In short, when the CB1 receptor doesn’t work well, you will have more gut inflammation and higher adiponectin is a byproduct.

As you can imagine, since lectin sensitivity isn’t even a term, there will be absolutely no information on the genetic basis for this issue.

There are many SNPs that can increase the risk for lectin sensitivity, but I will list only a partial list.

The general concept is that lectin sensitivity will increase from variations in SNPs that increase gut inflammation and/or permeability, activate your nervous system, contribute to inflammation, oxidative stress, and circadian rhythm dysregulation.

There are thousands of such SNPs out there, which is why I’m tempted to only list the top two, but the others are meant to give you an idea of what I mean.

Realize that if you have a chronic infection, you needn’t have a strong genetic basis for lectin sensitivity.

This is the most significant gene that causes lectin sensitivity in my view.

This SNP is so correlated to lectin sensitivity that I call it the “Lectin Sensitivity Gene.”

Studies indicate that the gut nervous system is the main site of CB1 receptors [7].

I have TT or two minor alleles, which will be pretty rare (less than 2% of the global population).

These are the genes that I found related to lectin sensitivity among my clients: