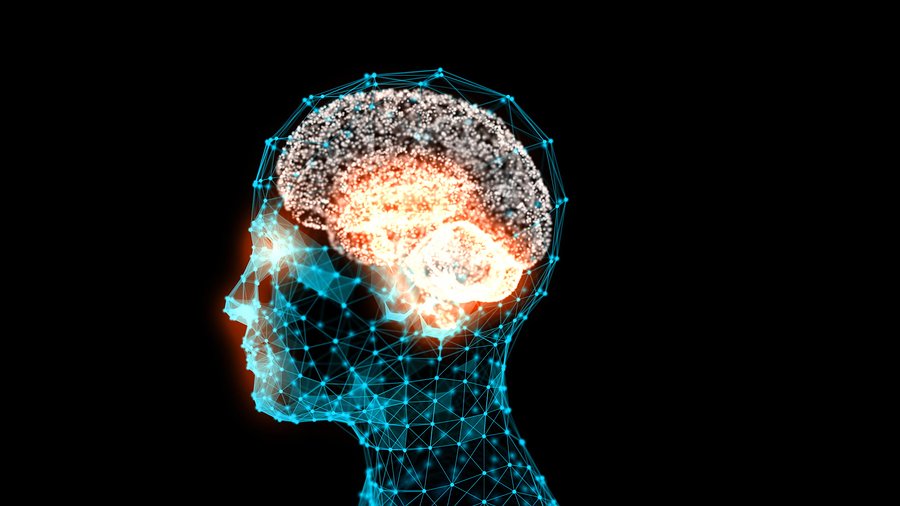 Brain fog shouldn’t be taken lightly. It negatively impacts the quality of life and interferes with general well being. You know how productive it’s possible to be when your brain is functioning optimally. But if you found this post, you don’t need to be convinced about the benefits of eliminating brain fog.

Everyone experiences occasional brain fog. But it’s not normal to be chronically forgetful and mentally sluggish.

This post is about combating brain fog and restoring peak intellectual performance.

First, I’ll offer some actionable tips to help dispel brain fog. Next, I’ll give an account of all the different types of medical conditions that can induce cognitive malaise (e.g., chemotherapy, hypothyroidism).

Brain fog may be broadly defined as:

A state of mental confusion, forgetfulness, and fatigue. It often manifests as sluggish cognitive tempo.

In medical literature, brain fog is most often discussed in the context of chronic fatigue syndrome (or CFS for short). But it’s also associated with diseases that impair blood flow to the brain – like postural tachycardia syndrome (PTS) [1].

In his review [2], Anthony Ocon characterizes brain fog as follows:

The cognitive symptoms are generally thought to be a mild cognitive impairment, but individuals with CFS subjectively describe them as “brain fog.” The impairment is not fully understood and often is described as slow thinking, difficulty focusing, confusion, lack of concentration, forgetfulness, or haziness in thought processes [emphasis added].

Before I delve into all the medical diseases that can put you in a mental straightjacket, I’ll address the more common causes. There’s a big difference between pathological brain fog and the occasional brain fog most of us will experience on a daily basis.

It always amazes me how controversial nutrition is. Everyone seems to have a different opinion on how to eat well. Despite this uncertainty, there are unequivocal facts about a brain-healthy diet.

Researchers are increasingly linking diabetes [3] and obesity [4] with cognitive decline.

Conversely, a calorie deficit will actually make you think more clearly (over the long term) [6].

I’ll spare you the details and just say that eating for your brain is actually simple.

Colorful compounds (beta carotene, for example) are conjugated systems. That is, they’re comprised of alternating single and double bonds.

All this is to say that colorful foods are more robust when it comes to thwarting antioxidants.

What was eye-opening for me is that it’s so easy to exceed the recommended daily intake of sugar without even realizing it [7].

For example, a typical blueberry muffin contains a whopping 38g of sugar – which by itself already exceeds the recommended daily intake of sugar for women.

Eating for your brain starts with becoming more aware of about masked sources of sugar in your diet. This is essentially the thesis of the book Grain Brain.

This phenomenon is also known as “postprandial fatigue.”

Brain fog is something that everyone will experience in their lifetime.

You’ve likely experienced post-prandial fatigue after eating lots of carbohydrates. Another common example is brain fog immediately upon waking. This stems from neural inertia or the tendency for the CNS to transitions between unconscious and conscious states [8].

But brain fog in these situations is nothing out of the ordinary.

Feeling sluggish after lunch is partially caused by the parasympathetic nervous system, innervated by acetylcholine.

Postprandial somnolence (food coma) can be reduced by restricting sugar consumption which stabilizes glucose homeostasis. This effect is caused by

For example, insulin release after a meal up-regulates sodium-potassium Na/K ATPases which can lead to subclinical hypokalemia and fatigue [10].

It’s no surprise that hangovers can impair cognitive function. There’s a lot of folklore surrounding hangover cures. But one legitimate strategy is taking thiamine (vitamin B1) after (or before) a night of bacchic revelry.

The metabolism of alcohol is a vitamin B1-dependent process [11], and vitamin B1 deficiency is the final endpoint that causes alcoholism-induced brain injury [12].

But some people experience a paradoxical reaction, where a hangover elevates their mood and actually makes them feel sharper. This unusual phenomenon is probably due to glutamatergic rebound [13]. This refers to your brain trying to regain homeostasis after exposure to the CNS-depressing effects of alcohol by up-regulating glutamate.

But what about brain fog that really impairs your thinking and doesn’t resolve on its own?

I’m talking about pathological brain fog that might indicate an underlying medical condition or nutritional deficiency.

There are tens if not hundreds of potential causes of brain fog – some ranging from incredibly obscure to common causes like depression.

But doing the research yourself can be counterproductive because, unless you’re an expert, you can’t tell which causes are plausible. It takes a doctor to be able to tell you that you have brain fog due to untreated sleep apnea and not an obscure mitochondrial disease that affects 1 in 10 million.

The Many Causes of Brain Fog

The “medically recognized” causes of brain fog come in a few different flavors. These flavors include:

The percentage in parentheses is an estimate of the prevalence of each condition in the United States.

This information is actually more actionable than you might think. Nearly all of these diseases are treatable. If you have mild sleep apnea, you can try CPAP and medication like modafinil. If you have depression you can trial antidepressants. In the case of pre-hypertension or pre-diabetes, there are many steps you can take to “naturally” prevent disease progression.

These solutions are mostly symptomatic treatments – they don’t address any underlying pathology. But they’re a start.

By far the most fascinating potential cause of brain fog is toxoplasmosis.

Toxoplasmosis is an infectious disease caused by a parasite called Toxoplasma gondii. It’s spread by eating undercooked food that’s contaminated by cysts. Since cats are essential to the parasite’s life cycle, exposure to cat feces is another big risk factor [14].

The narrative gets even more bizarre because Toxoplasma gondii hijacks the brains of rats by abolishing their fear of cats and even making them sexually aroused by the feline odor [17].

Naturally, neuroscientists started wondering whether Toxoplasma gondii could also influence human behavior. A number of studies have pointed to a link between infection with this parasite, suicide, and schizophrenia [18].

I have firsthand experience with subclinical hypothyroidism. The ‘subclinical’ qualifier just means that I didn’t have overt or frank hypothyroidism. But my thyroid levels were on the lower end of the bell curve for what’s normal in the general population.

Thyroxine (thyroid hormone) regulates the metabolic rate of virtually every cell in your body. If you have hypothyroidism, you’ll almost certainly be brain fogged. In fact, severe hypothyroidism can even put you into a coma, called a myxedema coma.

Brain Fog and the Low-Hanging Fruit

What are the first things that you can do to help dispel brain fog when the medical causes have been ruled out?

I get frustrated when people advocate diet and exercise as the first steps to regaining mental clarity. To be fair, this advice is technically sound, but it glosses over the people that are so brain fogged they can’t get motivated to exercise. It’s the same loop with depression: exercise alleviates depression, but what if you’re too depressed to exercise?

I introduced this example because brain fog, motivation, and dopamine are all very much intertwined. Dopamine is the neurotransmitter that makes tasks, accomplishments, and life experiences rewarding. That’s why, back in the day, ADHD used to be called a “reward-deficiency syndrome.” The idea was that a subset of people in the general population has less finely tuned reward machinery. The threshold for capturing their attention is higher. You can see why this ADHD phenotype might actually give you an edge in an earlier time.

For brain fog, I’ve had the most success with a handful of nutraceutical products. I started with supplements that promote sleep since sleep quality is so vital to next-day cognitive function. I’m not a minimalist – I like to try many different products – and so you may need to eliminate some of these suggestions to suit your needs.

Differences in neurochemical makeup make it hard to predict which nootropics are most likely to work for you. If you’re new to the world of nootropics, stick with the mainstays until you’re more experienced. Something that many people forget is that not all nootropics are created equal in terms of downside risk. That’s why it’s best to clarify your risk tolerance before experimenting.

Some nootropic mainstays are:

I’ve also experienced promising results with methylene blue, which is more obscure. It’s a mitochondrial enhancer being investigated as a treatment of Alzheimer’s disease by TauRx in Japan.

Food Products That Give You A Boost

Without beating the diet horse, you’ll benefit from incorporating some brain-friendly foods into your diet. Here are a few food products I’ve realized tangible cognitive gains from.

Hopefully, I don’t compromise my already-tenuous credibility with this suggestion. But I’m seriously advocating you consume seaweed for its brain health benefits.

Seaweed is one of the most iodine-rich foods. Iodine deficiency is the world’s leading cause of intellectual disability [20]. Iodine is an essential dietary nutrient that’s needed to synthesize thyroid hormone.

Adding iodine to salt (iodized salt) has been a widely successful public health initiative. But since physicians and nutritionists have advised eating as little salt as possible to decrease blood pressure, some people aren’t getting enough dietary iodine.

Blueberries are expensive. One workaround is to buy frozen blueberries instead. There’s a fair amount of published data indicating that blueberries have a beneficial effect on cognitive function. For example, one study concluded that blueberry consumption improves memory in older adults [21].

There are many ways to up your daily consumption of turmeric (curcumin). You can eat more curries, take a proprietary curcumin supplement, but I’ve found that turmeric tea is the most pleasant route of administration.

It’s important to develop an overall brain health strategy that leverages diet, exercise, supplements, and food. Even socialization can sharpen your intellect [22]. There may be no magic bullet for brain fog, but at least there is an inexhaustible number of things you can do to improve your brain.

Find out The Causes of Your Brain Fog

This post is a list of suggested remedies for you to try because brain fog is different for everyone, so some of this will help you while others don’t.