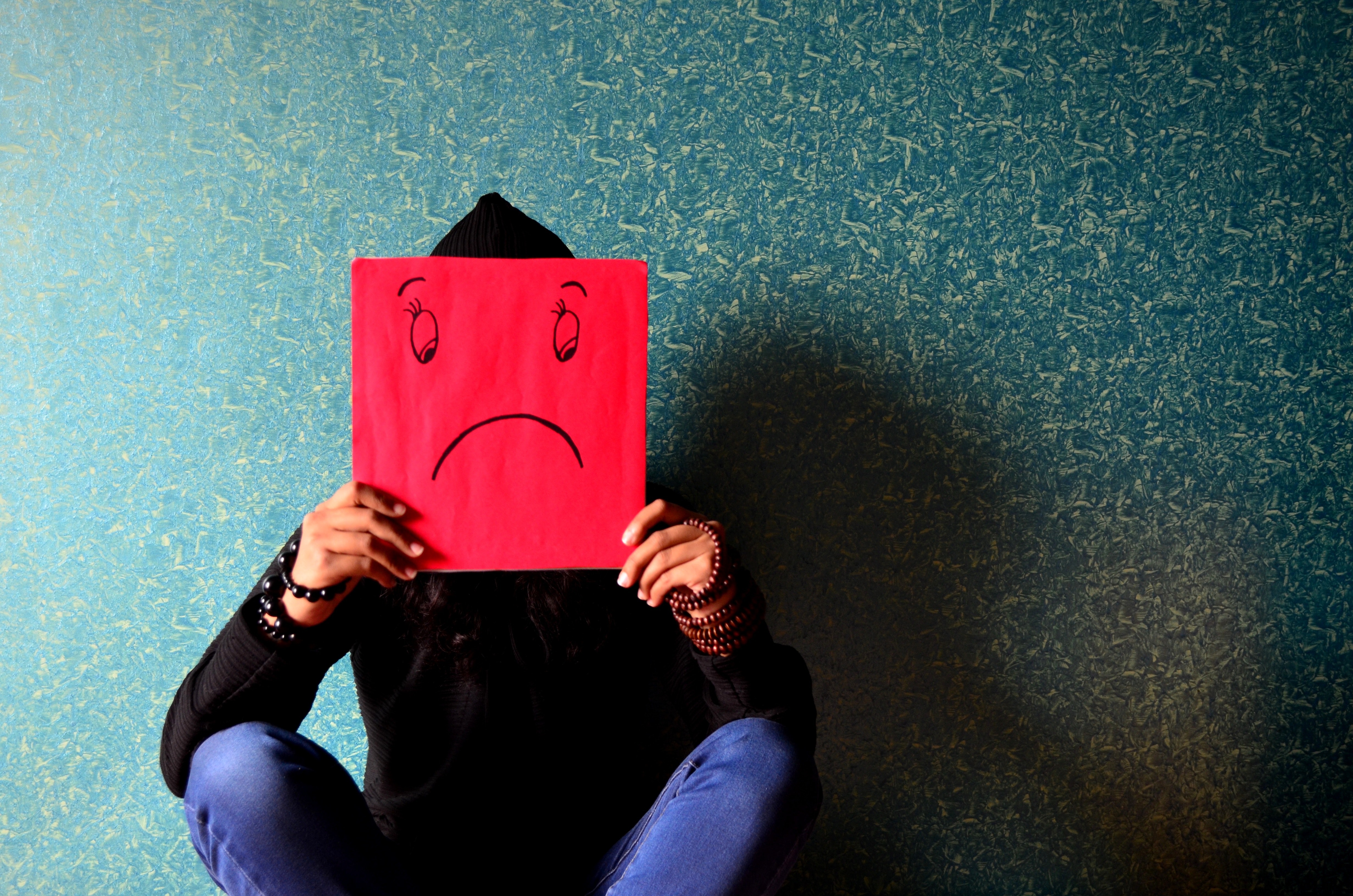 In this post, I try to deconstruct what’s going on in people with depersonalization.

I think depersonalization is a disorder that has different underlying causes and people get lumped into the same condition because they have the same symptoms, even though the underlying cause can be different.  It’s the same case with depression.

Beware that different studies will have contradictory findings sometimes because of different patient populations and also because the studies are conducted differently.

Depersonalization disorder is characterized by a subjective sense of unreality, disembodiment, emotional numbing and reduced ability to get excited.

With an issue like depersonalization which doesn’t have too much science in the neurobiology of it, you want to see what conditions go along with it.  Because that can give you more clues as to what’s going on in depersonalization.

Depersonalization is commonly found with anxiety disorders, such as panic disorder. [1]

The symptoms are sometimes described by sufferers from neurological diseases, such as ALS, Alzheimer’s, MS, neuroborreliosis (Lyme disease), etc…[3]

People who live in highly individualistic cultures may be more vulnerable to depersonalization.

There’s a consensus in studies that depersonalization is characteristic of an overactive prefrontal cortex, which inhibits neural circuits that form emotional experience. [3]

An overactive prefrontal cortex inhibits the limbic system, which impairs “emotional coloring” of perceptions and cognition. [4]

In particular, there is increased prefrontal cortex activation and reduced activation in emotion-related areas (insula/limbic system) in response to negative, arousing emotional stimuli. [5]

The insulae are believed to be involved in consciousness and play a role in emotion, perception, motor control, self-awareness, cognitive functioning, and interpersonal experience. [6]

Normally when you experience something that should be emotionally unpleasing, the limbic system lights up, but in depersonalization, this activation is reduced.

It’s thought that depersonalization is often caused by a biological response to dangerous or life-threatening situations which causes heightened senses of your prefrontal cortex (which is involved in planning, thinking) and emotional neutrality. If this response is applied in real life (non-threatening situations), the result can be shocking to the individual. [3]

So depersonalization can be considered as a hard-wired stress response in reaction to extreme anxiety comprising increased alertness and suppression of emotions by too much activation of the prefrontal cortex. [4]

So we can see how this condition can have an inkling of adaptiveness, such as in really terrible situations where people need to shut their emotions down and act based on reason.

Other studies show activation in the hippocampus and anterior cingulate gyrus. These regions are also believed to be largely responsible for emotion, learning, and memory.  Overactivity in the cerebellar and extrastriate cortex was also found, which are significantly implicated in visual perception and processing.

Effects of Depersonalization On The Body

Many studies show a suppressed sympathetic or fight or flight system.  This will put you in a kind of dazed state.  The fight or flight (sympathetic) and also the rest and digest (parasympathetic) nervous systems in people with depersonalization are not working properly. [8]

Studies have found that cognitive evaluation of emotional sounds is disconnected from their physiological responses to these emotional stimuli. [9]

Despite their neutralizing ratings, they showed overall stronger electrodermal responses to emotional sounds than patient controls [4].

So these people think they were unaffected by a negative event, but their nervous system is elevated.  Therefore, they lose some aspect of their evaluation of their physiological state.   This may be in line with the observation that depersonalization patients have greater difficulties in identifying their own feelings. [4]

This accords with a less active insula in depersonalization, as the insula is involved in the conscious representation of nervous states of the body. [4]

Other studies have found that rather than low sympathetic arousal, depersonalization might be better characterized by abnormal nervous system regulation of emotional responses. [10]

Some examples of nervous system abnormalities:

One study showed that depersonalization people had less suppression of the HPA axis when given a low-dose of a cortisol-like drug (dexamethasone) and significantly higher levels of morning blood cortisol. [11]

Another study showed that base cortisol levels of depersonalized subjects were significantly lower than those of major depression subjects but not healthy controls. [13]

The antithesis of depersonalization is mindfulness, i.e. nonjudgmental attention to present-moment experiences. [4]

Improvement of emotional regulation is considered as the therapeutic mechanism of mindfulness exercises. [4]

It is supposed that mindfulness promotes tolerance of negative emotions and improved awareness of the body by directing attentional resources towards physical sensations and breathing, which activates the limbic system/insula and is needed for present-moment sensory awareness. [4] In other words, mindfulness does that opposite as to what’s found in depersonalization.

This is speculative on my part, but I believe problems with the SCN are a significant underlying cause of depersonalization.

People have abnormalities in the prefrontal cortex, limbic system, and HPA axis, all of which are controlled by the SCN.

The SCN connects to areas of the brain responsible for emotion (the limbic system) and also higher order thinking. This is why circadian disruption can cause problems such as ADHD and depression. [14]

The SCN is directly involved in regulating the daily rhythms of the HPA axis hormones involved in stress and also the rest of the nervous system.

All risk factors for depersonalization affect the SCN such as marijuana and psychedelics, anxiety/depressive disorders and neurological disorders are known to have bad circadian rhythms.

This is obvious because people with these disorders often are having wakefulness at night and fatigue in the day.

Damage to the SCN disrupts both the rhythms and the base levels of the HPA axis hormones involved in coping with stress. [15]

SCN has opioid receptors [16], serotonin receptors and is stimulated by glutamate.

All of the preliminarily successful treatments interact with the SCN.  For example, rTMS activates brain regions controlling circadian rhythms. rTMS activates the SCN. [17]

Fluorescent lights, which are hard on your SCN, increase depersonalization symptoms in some rare cases [18, 19].

For the sake of comprehensiveness:

The 5HT2A receptor is one that’s responsible for hallucination effects with LSD and psychedelics [24], which are known to also cause depersonalization.

I have a client who got infected with a weird strain of mold and suffered from hallucinations.  Well, mold is a type of fungus and the psychedelics are also often fungi.  I wouldn’t be surprised if the mold worked on the 5HT2A receptors.

Opioid blockers such as naltrexone have shown some promise in the treatment of dissociative symptoms (need a high dose of naltrexone). The mu and kappa systems, in particular, have been implicated in symptoms of depersonalization. [23]

A low inflammatory diet (see lectin avoidance diet) is always the first thing to try – to see if food is causing inflammation.

In a Russian study with naloxone, 3/14 people had their depersonalization symptoms disappear entirely and 7/14 showed a marked improvement. The therapeutic effect of naloxone provides evidence for the role of the opioid system in depersonalization. [1]

Interestingly, there’s an increased expression of peripheral opioid receptors observed during rat inflammation [26], but I haven’t seen any studies showing this to be the case in the brain.

Magnesium is nature’s natural NMDA blocker and NMDA over-activation in the prefrontal cortex is one underlying cause of depersonalization.  Load up until you get diarrhea and then back off.

LLLT  may be helpful. The problem with using light therapy (LLLT) is that the parts of the brain that need stimulation most (the limbic system) are the inner areas, so it won’t get enough of a dosage.  Light therapy can help reduce excessive glutamate in the prefrontal cortex, but it will also increase metabolism.

ICES – This will bring blood flow and oxygen to various brain regions that you put it on.  As opposed to LLLT, this will more effectively reach the limbic system and activate it….and you can bypass your prefrontal cortex by putting it on the side of the head next to your ears.

Studies show lower metabolic activity in certain areas of the limbic system.  Getting more oxygen to your brain with ICES can help, especially when combined with LLLT.

Ultrasound – I put this thing on my prefrontal cortex once, and it shut it down.  It’s as if all ruminating thoughts were gone and I was so relaxed for a few days, even more so than general.  But it also diminished my analytical thinking, which came back after a few days.   So the effects seem to be temporary.  If I had sleep problems or depersonalization from an overactive prefrontal, I would use it selectively and smartly to deactivate my prefrontal….But I haven’t seen anyone use this on their head.

Rhodiola is a good supplement to balance the HPA axis, help with your SCN, increase serotonin and reduce anxiety and depression.  It seems like a good all around supplement in this condition.

Cannabidiol reduces dysphoria and depersonalization provoked by THC while contributing its own antianxiety, antipsychotic, pain-relief, anti-nausea, anti-cancer, antioxidant, and neuroprotective effects. [27]  Cannabidiol is a very safe drug, but it’s expensive.  I’ve taken it, but only noticed a small effect.  I think the manner in which you take it is key.

In patients with depersonalization, a single session of right-sided rTMS to the Prefrontal cortex significantly increased arousal capacity, which is good in combatting emotional numbing in depersonalization. [28]  I don’t recommend this approach unless it’s a last resort.  Better use softer approaches first.

A 2011 study involving lamotrigine (an epilepsy drug that reduces glutamate) demonstrated efficacy in treating depersonalization disorder in a double-blind placebo-controlled trial. In particular, 26/36 lamotrigine-treated patients responded by week 12 versus only 6/38 in the placebo-treated participants. The study is not a good one because patients were allowed to take up to 4 mg per day of clonazepam for insomnia and hydroxyzine, which is also an anti-anxiety. [3] But at least we see a 3 drug combo could be helpful for most of these people.

Modafinil used alone has been reported to be effective in a subgroup of individuals with depersonalization disorder (those who have attentional impairments, under-arousal and excessive sleepiness). However, clinical trials have not been conducted. [3]

Be Wary of the Salt Trend: What You Need To Know

Looking To Your Genes For The Secret To A Long Life