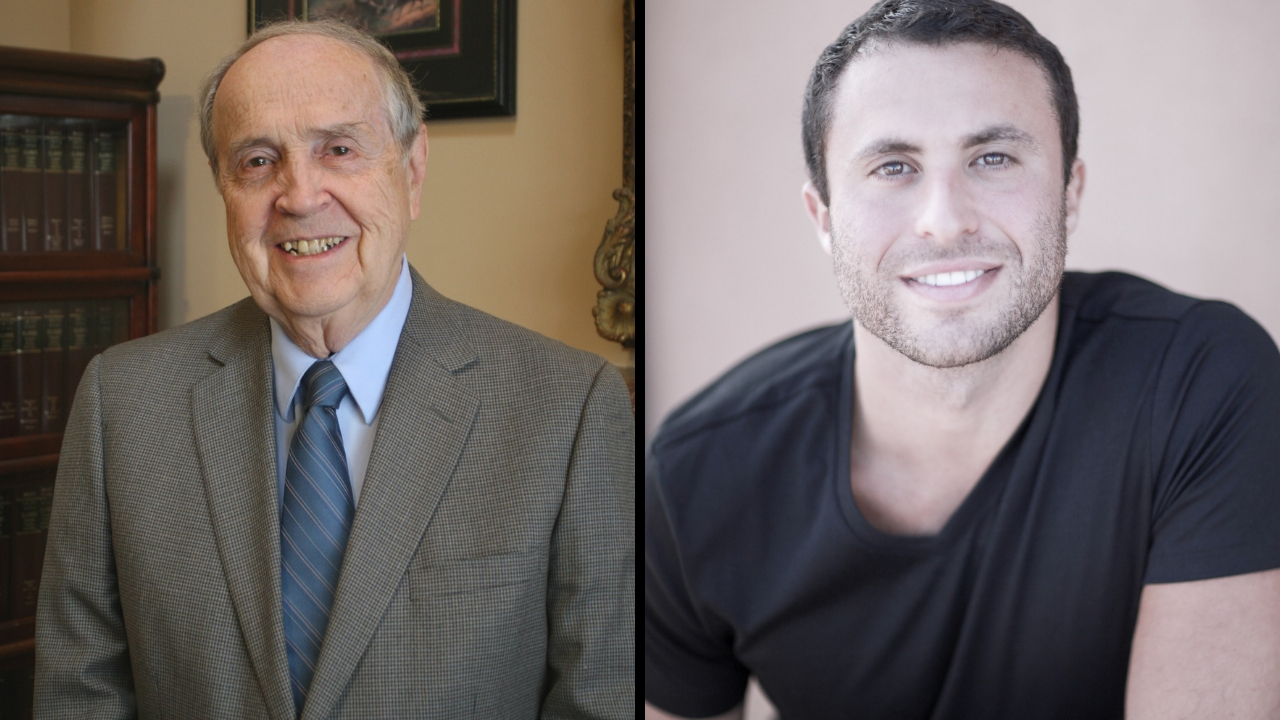 Mental health disorders can follow you throughout your life if not treated properly. The Walsh Research Institute strives to help people who have serious disorders without having to resort to drugs that often have harmful side effects. In this podcast between Dr. William Walsh and I, you will gain a more in-depth understanding of mental disorders and the many factors that control them.

William Walsh, Ph.D., FACN, is the president and founder of the non-profit Walsh Research Institute, and is a renowned international speaker on brain chemistry, behavior, learning, and mental health disorders. During his 30+ years as a research scientist and engineer, Dr. Walsh developed a science-based nutrient system that has helped thousands of patients challenged by these disorders and is used by doctors all over the world.

Dr. Walsh’s book, Nutrient Power (Skyhorse Publishing, 2012), describes his findings and the advanced nutrient therapies that correct biochemical and methylation imbalances. Education is key to his non-profit: over 600 medical doctors from around the world have learned about Dr. Walsh’s advanced nutrient therapies through his Physician Education Workshops held in the U.S. and Australia.

Initial testing at the Walsh Institute for different mental conditions varies. Ultimately, they try to identify which neurotransmitters are misbehaving and then administer specific lab tests to figure out the underlying cause. They discovered that undermethylation is associated with low-serotonin depression, while higher dopamine activity is associated with paranoid schizophrenia. By developing various innovative epigenetic therapies, they are now able to regulate enzymes and change gene expression to correct acquired abnormal genetic tendencies in neurotransmission.

Treating Depression At The Walsh Institute

When people go to the Walsh Research Institute for depression, the first thing they do is figure out what type of depression the person has. Their researchers have acquired databases over the years that show how “depression” is a name given to 5 completely different conditions with different neurotransmission abnormalities. As such, they all require different treatments. Does someone have the undermethylated version of depression? Do they have a metal metabolism disorder involving zinc and copper? Is it an imbalance related to a pyrrole disorder? These are the questions they are trying to figure out.

Utilizing Epigenetics As A Therapy For Depression

A person’s mental state relies heavily on neurotransmission. When it comes to the undermethylated version of depression, serotonin activity plays a key role. Serotonin serves many functions in the body including regulating mood and feelings of happiness. However, it is not about the amount of serotonin a patient has that affects their mood, it is the rate of serotonin reuptake – it is about how quickly the released serotonin is taken back into cells, which halts its activity.

This reuptake rate depends on the number of reuptake proteins a person has. When neurotransmitters are released into the synapse where neurons communicate, the more time they spend there the stronger of an effect they’ll have. If there are more reuptake proteins, the faster they will be removed from the synapse.

SERT, the serotonin reuptake protein, takes serotonin out of the synapse and terminates its effect. The more SERT a person has, the lower their serotonin activity will be. The Walsh Institute has come up with therapies to fix this problem. One way to do this is by adjusting a patient’s rate of reuptake by altering their methylation pattern.

Effects of Methylation on Serotonin Reuptake

People with the undermethylated form of depression naturally have a decreased ability to turn off genes. They continue to produce SERT and end up with a higher than normal amount of SERT proteins. High SERT takes more serotonin out of the synapse, which in turn decreases serotonin activity. The Walsh Institute addresses the underlying cause of the problem: increased SERT proteins in the brain. By implementing specific nutrient therapies that increase methylation, the SERT population goes down, serotonin reuptake is blocked, and serotonin activity is brought back to normal.

This method essentially does the same thing that conventional medications do, but they start from the root cause. Antidepressants target and block SERT proteins, but don’t address the underlying methylation issues. Nutrient therapy starts with increasing methylation and decreases the number of SERTs as a consequence. Both forms target SERT, but nutrient therapy is able to do it naturally and without side effects.

Effect of Folates on Reuptake

Why Folates Do Not Help With Undermethylated Depression

Folates are natural serotonin and dopamine reuptake promoters. They do the opposite of what people with undermethylated depression need. Folates promote a process known as acetylation, which turns genes “on”. Folates block deacetylases and allow acetylation to continue longer than it should. So folates increase the expression of genes that create unwanted reuptake proteins.

Folates Act as A Great Therapy For Other Behavioral Conditions

There are only a few nutrient imbalances that dominate mental illnesses and most can be measured through the following blood tests:

Fluctuating copper levels can greatly affect neurotransmission. We naturally have a system that regulates copper very efficiently, even if we consume it in great quantities. If your copper system is not functioning properly and levels go up, it will knock your dopamine levels down dramatically and drive your norepinephrine levels up. Luckily, after metal metabolism analysis, this imbalance can be easily corrected.

Zinc has an important effect on neurotransmission and muscle development. It is needed to produce neurotransmitters such as GABA and has many other immune and growth functions in the body.

One of the causes of zinc deficiency comes from a genetic abnormality around metallothionein. Metallothionein is a protein that controls and regulates zinc and copper levels. Dr. Walsh discovered he naturally had significantly low levels of zinc, and believes that this was due to SNPs in his metallothionein genes.

Zinc deficient people tend to have stunted growth. Having low metallothionein function as a child predisposed Dr. Walsh to low zinc levels, which stunted his growth leaving him at 5’9” while both of his brothers are over 6’3”. Additionally, one of Dr. Walsh’s cases was his college student who was 4’9” and very zinc deficient. Once she started taking zinc, she started to grow and is now 5’2”.

Testing For Zinc: Plasma vs. Serum

Although serum zinc is much more commonly tested, plasma zinc is by far more reliable. Many testing labs experience issues with serum zinc because of cross-contamination due to the tubes they use to test it. The vials used to test for plasma zinc samples are decontaminated much more thoroughly.

Pyrroles are present in many areas of the body: your blood, bone marrow, and your spleen. They are metabolic byproducts of making hemoglobin and other blood chemicals, and have no known benefits for the body. Typically, pyrroles are quickly cleared out through blood and urine, but when they are not, the increased levels can cause major behavioral disorders.

If your pyrrole levels build up too much, often times due to genetic reasons, your zinc and B6 values will plummet. This is a problem because zinc and B6 are essential for proper neurotransmission. B6 is necessary for the synthesis of neurotransmitters like serotonin, dopamine, and norepinephrine, and zinc is needed to produce GABA. Pyrrole disorder is one of the leading causes of behavioral disorders such as autism and depression. It accounts for 38% of autistic cases and 17% of depression cases.

Those affected by a pyrrole disorder display very distinct and predictable symptoms:

If patients have high kryptopyrroles with unusually low zinc levels and experience these typical symptoms, it is very likely that they have pyrrole disorder.

Ceruloplasmin is a marker of inflammation. It helps get rid of oxidative overload and is a sign that the body is trying to cope with inflammation.

The SNP War For Over- Or Under-Methylation

Other Important Lab Tests To Consider

Hair analysis can identify children who are prone to really severe violent behavior.

Guanine is the weakest of the four nucleotides of DNA, which makes it the most susceptible to oxidative stress from oxidative overload. By monitoring your levels of 8-oxoguanine, you can identify if you are close to a genetic breakdown.

For example, cancer is an event. It starts with the sudden creation of a cancer stem cell. But all current cancer treatments focus only on trying to fix the cancer after it happens. By monitoring blood markers like 8-oxoguanine, you can see if you are on the verge of an epigenetic onset of cancer before it happens. With the knowledge these tests give us, Dr. Walsh believes that we will soon have the ability to predict and prevent epigenetic disorders such as cancer, autism, schizophrenia, bipolar, PTSD, and heart disease.

Testing for heavy metals is often not reliable because they tend to disappear from the blood very quickly, with the exception of lead. Whole blood lead tests do give an accurate account of levels in the body.

Recently, it has become a trend for people to do challenge tests to see how much toxins they can excrete through urine in 24 hours by using strong antioxidants. However, the caveat is that 95% of toxins naturally leave the body through the stool while only 4 – 5% of toxins leave the body through urine. So what these people are actually doing is just forcing the toxins to exit through a different door – the urine instead of the stool.

Although those who do these challenge tests do see more toxins leaving their body through the urine, it is not an accurate measurement of reduced toxic burden. These challenges can often be fairly dangerous because of the sudden increase in toxic load that the kidneys have to endure. For example, if you quickly push a lot of cadmium out through your kidneys, you will get kidney damage.

LabTestAnalyzer helps you make sense of your lab results. It informs you which labs are not in the optimal range and gives you guidance about how to get them to optimal. It also allows you to track your labs over time. No need to do thousands of hours of research on what to make of your lab tests.

LabTestAnalyzer is a sister company of SelfHacked. The proceeds from your purchase of this product are reinvested into our research and development, in order to serve you better. Thank you for your support.