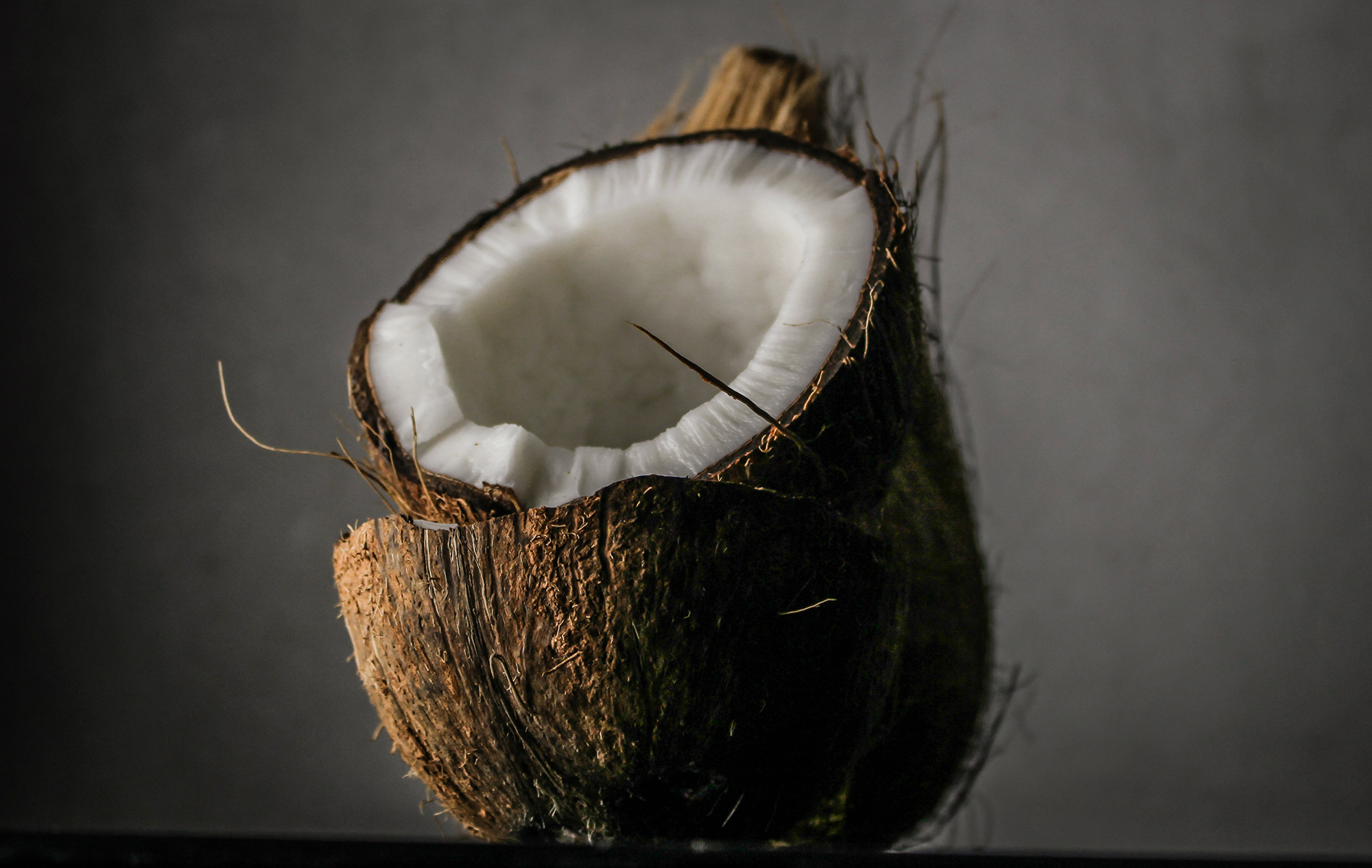 How do ghee and coconut oil compare? Which is better for your liver and physical & mental performance? Read about Joe’s experience here.

Being someone who cultivates skepticism, I recently decided to give coconut oil another try; yes, even after I posted that negative study about how it may cause fatty liver. My ethos is to keep experimenting and not be closed-minded. I don’t care about ideology and, above all else, my approach is practical. Accordingly, I keep re-testing ideas and am willing to change my mind if something works. I’ve been skeptical about gluten and had to experiment with it over a hundred times to accept that I experienced ill health effects from it. Likewise, I kept experimenting with different types of dairy, thinking perhaps various modifications might make a difference. I’ve tried various moldy cheeses, aged cheeses, fermented varieties of milk (e.g. kefir, goats dairy, grass-fed and every other variety on the market), all of which gave me issues. Even the Capra mineral whey gave me issues. The common denominator is the casein found in them.

Back to coconut oil. I had tried it quite a few times before, but I thought maybe with improved gut microbiota and my health in good shape things may be different this time around. At first, it seemed like it was having a positive impact. The thing I liked most about it was that it seemed to reduce inflammation from other foods if I ate it before those foods. So having consumed coconut oil earlier in the day, I noticed less inflammation from consuming gluten, even 8 hours later. I had noticed this effect previously. This could work via the medium-chain triglycerides reducing antigen uptake or perhaps because it lowers thyroid hormones and therefore autoimmunity – at least it does so in me (I will discuss how this is relevant in a future post). I start feeling nauseous if I eat more than 1-2 tablespoons a day, so I didn’t consume more than 2 tablespoons a day for three days. I used the extra virgin and organic variety.

Lo and behold, the problems started to crop up by day three. The panacea that is coconut oil was anything but that. I started to feel weaker, as though I weren’t eating enough – yet I was full. This feeling of weakness naturally led me to eat more carbs to maintain energy, but this caused problems, too. I maintain that coconut oil is fine for your health if consumed within the context of a hypo-caloric diet. The problem is when I consumed coconut oil and reduced my calories, I felt extremely weak. That is, it felt like the oil was clogging my brain and muscles and not permitting carbs to give these organs/tissues energy. Strangely, my vision also started to get worse, just like the previous times, I had tried it.

If I fast, these issues disappear, but I still have to endure quite a few hours of seriously weakened performance. What ends up happening in practice, however, is I over-eat and then experience neuroinflammation and decreased cognitive performance. The experiment reminded me why many people in the paleo community tend to intermittently fast – they have to. If they don’t, their cognitive performance would decline as they consume too many saturated fats. I also noticed something I’d experienced before, which is equally critical: when you combine lots of saturated fats with fructose, the negative effects of each multiply more than when each is consumed alone. So whereas I can eat 8 tablespoons of honey a day without a problem, if I combine just 1 tablespoon of coconut oil with it, things go to hell in a handbasket. Again, it makes sense why the paleo community is against fructose; because paleo enthusiasts are usually on high-fat diets.

I’ve tried many supplements to counteract these effects, the best ones being ALCAR and PQQ. Berberine is pretty good, too. But even with these supplements, I don’t have smooth cognitive energy and I prefer how my brain works when I don’t have to take them to counteract the negative effects of too much saturated fat. So if you’re intent on consuming coconut oil, at least be aware that if you happen to feel weak from it, you’re not alone; the stuff is kryptonite for me.

When I eat more starches and less fat, I’m able to enjoy more stability in my cognitive function. However, many plant starches may pose problems for sensitive individuals because of substances in them that also cause inflammation. To avoid that, most of my starches now come from resistant starch and purple sweet potatoes – these are all less inflammatory than even the staple low-inflammatory starches such as white rice. Whereas before I needed to take quite a few pills to bring down inflammation, on these three starches I don’t need to take any supplements for inflammation.

It’s easy to come to the conclusion that all saturated fats are “bad.” Again, I maintain that it’s only a problem when excess calories are consumed, which isn’t very difficult to do since coconut oil is more calorically dense. I don’t have any health issues consuming whole coconut shreds – probably because it’s harder to overdo, but also perhaps because there are other substances in the whole coconut that counteract the negative effects of the concentrated oil. I believe the best measure of the suitability of a food is how traditional cultures in the past 10,000 years consumed and viewed that food. Coconut oil is a new food, like seed oils, and never consumed by our ancestors. To say it’s fine because we’ve eaten the whole coconut for thousands of years is falling prey to the fallacy of division, which claims that if the whole is good, a purified version of it must also be good. Ghee and olive oil, on the other hand, have been cherished and consumed for thousands of years, which makes it likely that they are healthy when used in moderation.

I first experimented with ghee about 6 years ago and various times after that. I forgot about it after experiencing issues with excess saturated fat and excess fat in general. In keeping with a more nuanced approach to saturated fat, I decided to experiment more with ghee after I read about its long historical usage in Ayurveda and how it’s been said to increase intellect and improve digestion – two things I value a lot. In my experience, traditional knowledge carries some kernel of truth when it comes to described benefits. While modern science has completely surpassed cultural knowledge regarding how these substances work, it hasn’t surpassed thousands of years of self-hacking and the experimentation with these substances by various peoples.

Because I’m sensitive to most foods on one level or another, I decided that experimenting with hypo-allergenic foods like ghee could be useful. My experience, thus far, has been quite positive. If I have too much of it, it will obviously cause issues, but my tolerance is much higher for ghee than coconut oil. I don’t get the feeling of weakness that I get from coconut oil. While I start to get negative effects from one tablespoon of coconut oil, I feel pretty fine after 7 tablespoons of ghee, even when I’ve also consumed about 7 tablespoons of honey. There is also no nausea akin to what I experience with coconut oil. I enjoy how it coats my stomach. For this reason, I started to drink it with tea, which can often be harsh on the stomach. Tibetans have long mixed rancid/fermented butter and tea together.

Mixing half of a teaspoon of ghee with 2 g of Jasmine tea (best quality jasmine on the market, and yes quality makes all the difference here), gives me an incredibly smooth cognitive effect and can replace a meal if I happen to be drinking a lot of tea. I find this formula balancing: the ghee and jasmine tea synergize well. Jasmine tea increases my thyroid hormone levels, thereby inducing a stimulating effect. Ghee brings it down slightly, bringing a calming effect. Tea increases fatty acid metabolism and ghee provides the fuel to be burnt.

Ghee can be used for cooking

Ghee has one of the highest smoke points of oils, so it can be put in hot water without oxidizing. This is also why I use it for stir-frying when I’m in the mood for really savory food. I especially like using ghee at night when I didn’t have a lot of calories earlier in the day since it tends to benefit my sleep by giving me a slow and steady source of energy. I use Organic and grass-fed ghee by Purity Farms.

Ghee has 31% palmitic acid, which, when consumed in excess, is just as bad as hydrogenated oils. I think a moderate dosage is a tablespoon a day, which is equivalent to 3 teaspoons or 6 cups of tea.

Ghee is comprised of full spectrum short, medium, and long-chain fatty acids, both unsaturated and saturated. It contains vitamins A, D, E, K2, and the antioxidant CLA. Ghee also contains about double the short-chain fatty acids and MCT’s than butter (25% vs. 12-15%). More importantly, ghee doesn’t have casein, which is a protein found in all dairy and is highly inflammatory. My guess is modern science doesn’t yet understand everything about ghee and there are surprises in store.

I think Ghee can be a useful tool in one’s toolkit – when used in moderation – whether it be for getting a good night’s rest, for cooking, or in combination with tea. In my experience, the health effects are superior to coconut oil, for reasons I don’t yet entirely understand.

To find out more about my experience with different substances and biohacks check out my book SelfHacked Secrets. Download the first chapter for free by clicking here.

COVID-19
2
What Are the Long Term Effects of COVID-19?
News
0
Celebrating 5 Years of SelfDecode!
Fats
3.5
54
The Harmful Effects of Saturated Fat (In Excess)