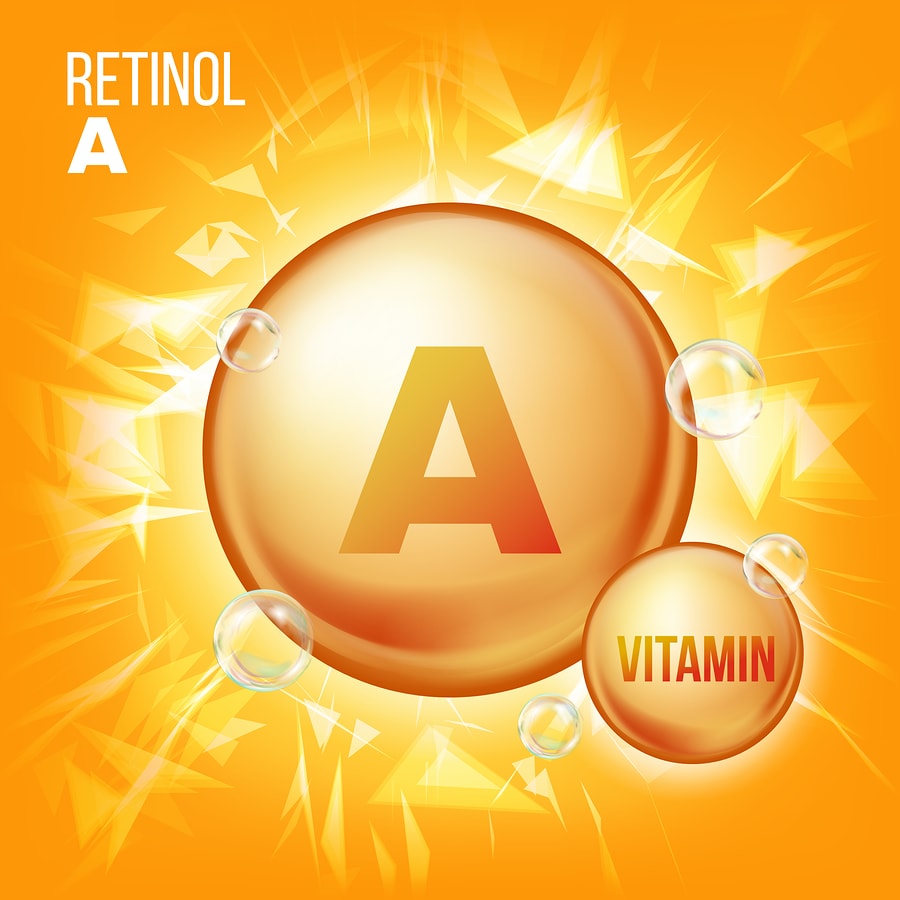 Vitamin A and its byproducts are very important in the body. It could be more of utilization problem or another issue, but retinoic acid and its interactions is a major link in inflammation/disease that holds promise for people.

What is Vitamin A?

Vitamin A and its byproducts are very important in the body.

Whether supplementation would help these people I can’t know. It could be more of utilization problem or another issue, but retinoic acid and its interactions is a major link in inflammation/disease that holds promise for people.

Vitamin A is crucial for your brain, immune system, skin, eyes, teeth, bones and for the formation of hormones.

This is one reason why people with chronic inflammation without fail have skin problems.

Vitamin A protects our eyes and skin from UV damage, so it will allow you to get UV and limit skin cancer risk [1].

Both RAR and RXR are crucial DNA binding proteins (transcription factors), which are needed for genetic expression. RXR is needed to activate the vitamin D receptor (VDR) and the Thyroid Hormone Receptor (THR).

In simple English, this means if you’re deficient in vitamin A you can take all the vitamin D you want and it won’t make that much of a difference because you need adequate vitamin A to make these work properly.

Vitamin D absolutely needs RXR in order to get the benefits from it and Thyroid hormones need RXR to work effectively.

See below how you need Vitamin D Receptor (VDR) to combine with Retinoid X Receptor (RXR) to result in gene expression. Therefore, you need adequate retinoic acid (a breakdown product of retinol) and vitamin D3 for these to function.

We also make pregnenolone from LDL cholesterol and use free T3 and Vitamin A. So low pregnenolone could indicate a vitamin A inadequacy.

If you are popping your vitamin D pills (or thyroid hormones) and it’s not working for you then try to add some real vitamin A/Retinol (upper level=10,000 IU daily) and see how you feel. Vitamin D might not work for you anyway (it’s better for Th1 dominant), but vitamin A will make it more likely to work for you.

Vitamin A increases your Th2 immune system and decreases Th1 and Th17. It’s especially important for the gut immune system.

Vitamin A has other important immune functions and may help you even if you’re Th2 dominant, but it will be less likely to help you than a Th1 dominant person such as myself.

However, if you are Th1 dominant and have low PPARs, you want to make sure your diet includes real vitamin A.

Vitamin A/RXR is crucial for inducing oral tolerance to proteins and it increases Tregs.

Another study shows that Vitamin A deficient rats had excess cortisol and expressed a hyper cortisol response. When they were given vitamin A their cortisol normalized [4].

I’ve mentioned in my adrenal fatigue post that abnormal production of cortisol doesn’t indicate your adrenal glands are broken. It could be cortisol is abnormal because of low or dysregulated vitamin A.

4) Vitamin A and Weight

Vitamin A might benefit obesity by increasing UCP1 in mice, which increases heat loss/fat burning. But studies in humans haven’t had the same results [5].

It’s critical to our hippocampus and hypothalamus, which controls memory and wakefulness, respectively [6].

Vitamin A deficiency causes a circadian dysrhythmia, which in turn results in cognitive dysfunction [8].

Here’s a simple way to think about the circadian rhythm. The body has thousands of processes going on at any given moment. Many of these processes function better in concert with other processes – just like in a symphony, where different sounds work better with other sounds.

These processes have a certain rhythm or flow. The body conducts this orchestra with ‘clock genes’. When they get expressed, it happens all over the body, in a synchronous way.

When I disrupt my circadian rhythm, I notice increased inflammation, oxidative stress and my cognitive function go down. This happens in people whose circadian rhythm isn’t functioning well [9].

When Vitamin A causes a circadian dysrhythmia it likely results in cognitive dysfunction [8].

Specifically, the deficient diet caused an altered rhythm of antioxidant production by our body (Glutathione, catalase, GPx) and BDNF. This results in suboptimal cognitive performance [10, 11, 12].

Vitamin A is essential for the beta-cell function in the pancreas, which is responsible for insulin release. Its deficiency leads to excess glucose in the blood [13, 14].

Vitamin A does compete with vitamin D and K2 and studies show higher vitamin A is associated with lower bone density [15].

Scientists believe the relationship is causal. My own experiments with vitamin A support this, as I find that when I take vitamin A supplements, I have a higher need for K2 supplements (evidenced by gums feeling weak and sensitive and bones feeling less sturdy).

How to Obtain Adequate Vitamin A

I used to think of nutrients in terms of the RDA. I don’t anymore. I think of it in terms of an individual’s biology and if taking more of a certain nutrient can balance their physiology better. The question should be if you can benefit from more (or less) of it, not if you’re getting the RDA.

For the past 5 years, I was afraid to take vitamin A because a study was done with beta-carotene supplements that showed it increased lung cancer risk. I also read reports that showed vitamin A deficiency in the population was rare.

I didn’t have the experience or the necessary knowledge to understand that deficiency and inadequacy are different.

I still don’t think deficiency is a problem as much as some environmental factors – perhaps lack of sunlight or circadian dysregulation – is not allowing us to utilize it fully.

If we got the sun, wore red Glasses at night and took care of our circadian rhythm, it should fix this part.

I still recommend you consume foods like Cod liver, regular liver or supplement with Vitamin A/Retinol.

I recommend first experimenting with a higher dosage and seeing how you feel – say 3,000iu. Then cut back to taking 2000iu daily. If you buy 8000iu, you can take it once every four days. Make sure to take extra K2 and D3.

Vitamin A is especially important if you’re Th1 dominant and have low PPARy. Experiment and see if you notice a difference.

Vegan or vegetarian diets can result in not getting enough vitamin A.

Chris Masterjohn followed a vegan diet and found his health went south. He was very thin and had chronic inflammation – indicative of low PPARs and Th1 dominance. He realized that he was deficient in real vitamin A and felt better by eating liver, the richest source of retinol. He was so enamored with vitamin A that he studied this subject for his Ph.D.

Vitamin A might be one of those nutrients that you can get enough of in a vegan diet if you’ve got the genetic predisposition for high conversion of beta-carotene to retinol or an anti-inflammatory/Th2 immune profile.

However, it’s also possible that vegans are affected, but they don’t notice it.

See how alcohol depletes vitamin A:

Well, these are signs that something about RXR or RAR isn’t working, and vitamin A deficiency is one possible cause.

Genes and Reduced Conversion of Beta-Carotene to Retinol

It’s important to know if you’ve got genes that cause reduced conversion of beta-carotene, because if you do then you definitely need to supplement if you’re on a vegan diet.

In test tubes, when cells have one T in both genes, they have a reduced conversion activity of beta-carotene by 57%.

Females carrying the T variant of rs7501331 had a 32% lower ability to convert Beta-carotene.

If you’ve got a T in both genes, then you also need to really get real vitamin A.

Is Vitamin A Right For You?

If you’re unsure about which vitamins you need more or less of, check out our Vitamin DNA Wellness Report. This report tells you if you’re genetically more or less predisposed to have a vitamin deficiency. We also give personalized recommendations to fix the deficiency when they occur.

SelfDecode is a sister company of SelfHacked. This section contains sponsored links, which means that we may receive a small percentage of profit from your purchase, while the price remains the same to you. The proceeds from your purchase support our research and work. Thank you for your support.

Stay Healthy by Learning What Your Body Needs

SelfDecode’s reports can tell you which nutrients you may need more of as a result of our unique DNA. SelfDecode provides diet, lifestyle, and supplement recommendations that are personalized based on YOUR genes to give superior results.