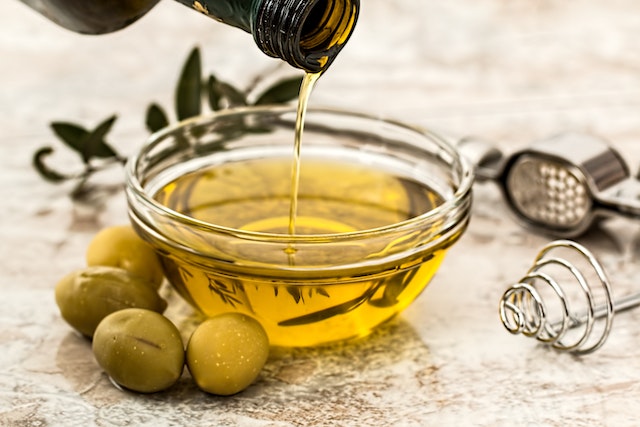 I’m going to let you in on a dirty little secret of mine.

For the past 2.5 years, I’ve been eating a reasonable amount of vegetable oils (mainly soybean oil) and, unfortunately, it’s often cooked in high heat.

99% of the food that I eat is also not organic and not grass-fed.

You might ask, well if I’m so into health, then why am I eating this way?

The problem is, I don’t have time to cook food, so almost all the food I consume is restaurant food. It’s not fast food – the meals are home-based meals – but the ingredients aren’t meticulously chosen like they would be if I were cooking myself. The one problematic ingredient they use is soybean oil.

Here’s the wrinkle – I’ve been healthier than ever.

Let me be clear: I don’t think cooking with vegetable oils is healthy, but when I make a convenience calculation and do a cost/benefit analysis, I’m comfortable with consuming this type of diet – for now.

Since I don’t eat any packaged or junk foods, the overall amount of omega-6 I take in is not that high. And since I supplement with omega-3s, my ratio is probably not bad.

Could it be healthier? Of course, and one day I’ll hire a private chef to prepare only organic foods in the healthiest ways possible, but for now, I need to pick my battles, because I can’t do everything optimally all of the time.

In my quest to connect more deeply with the SelfDecode community, I’ve started going on Instagram more. 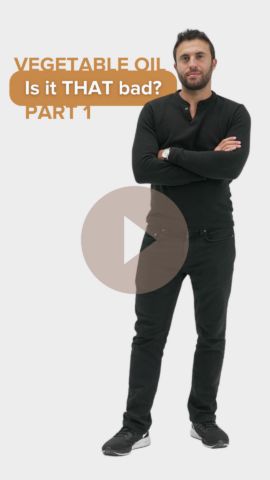 Something interesting that I found was that every health influencer that I looked at was hammering vegetable oils like it’s the devil.

In my 20 years of health research, my one takeaway from the topic was that it’s a mixed bag – some studies show benefits, and some negatives.

Given all the negative mentions on social media, and my own intake of soybean oil, I decided to research omega 6 and mortality to see if there are any updated studies on the topic.

The studies I found were mostly looking to see if it had benefits. A Cochrane review of 19 clinical trials found that there was no benefit or negative effect of increasing omega-6 intake, and there’s a minor risk reduction in having a heart attack [1].

In another meta analysis, consumption of canola oil has been shown to reduce body weight when compared with saturated fat [2].

When you look at the total body of evidence, there’s no clear answer, but there seems to be a benefit to consuming Omega 6’s over saturated fats.

Now granted, in this day and age we consume too much omega 6 – it’s in all processed and takeout food. But the available research shows that it’s better than saturated fats.

And to be clear, I am NOT advocating consuming vegetable oils, particularly those cooked at high heat.

Consuming vegetable oils that are processed in high heat – including olive oil – results in oxidation, which has negative impacts on the body.

Olive oil contains more beneficial phytochemicals, which prevent oxidation, especially extra virgin olive oil, but the fatty acid profile itself is not as different as one might think from canola oil.

Fried foods are not healthy, but that should be the emphasis rather than vegetable oils themselves.

In an ideal world, if I had a private chef, I would instruct them not to put any oils on my food before cooking, and drizzle it with extra virgin olive oil after it’s cooked.

Factors to Look at When Choosing an Oil

I personally do not do well with saturated fats. It causes my LDL to spike, and I have less energy and endurance from it. My cognitive function and insulin sensitivity get worse when consuming saturated fats. Consuming excess amounts resulted in bad brain inflammation.

I stopped eating coconut oil and ghee after my LDL cholesterol levels skyrocketed from the saturated fat contents in these. Check out my results in SelfDecode: 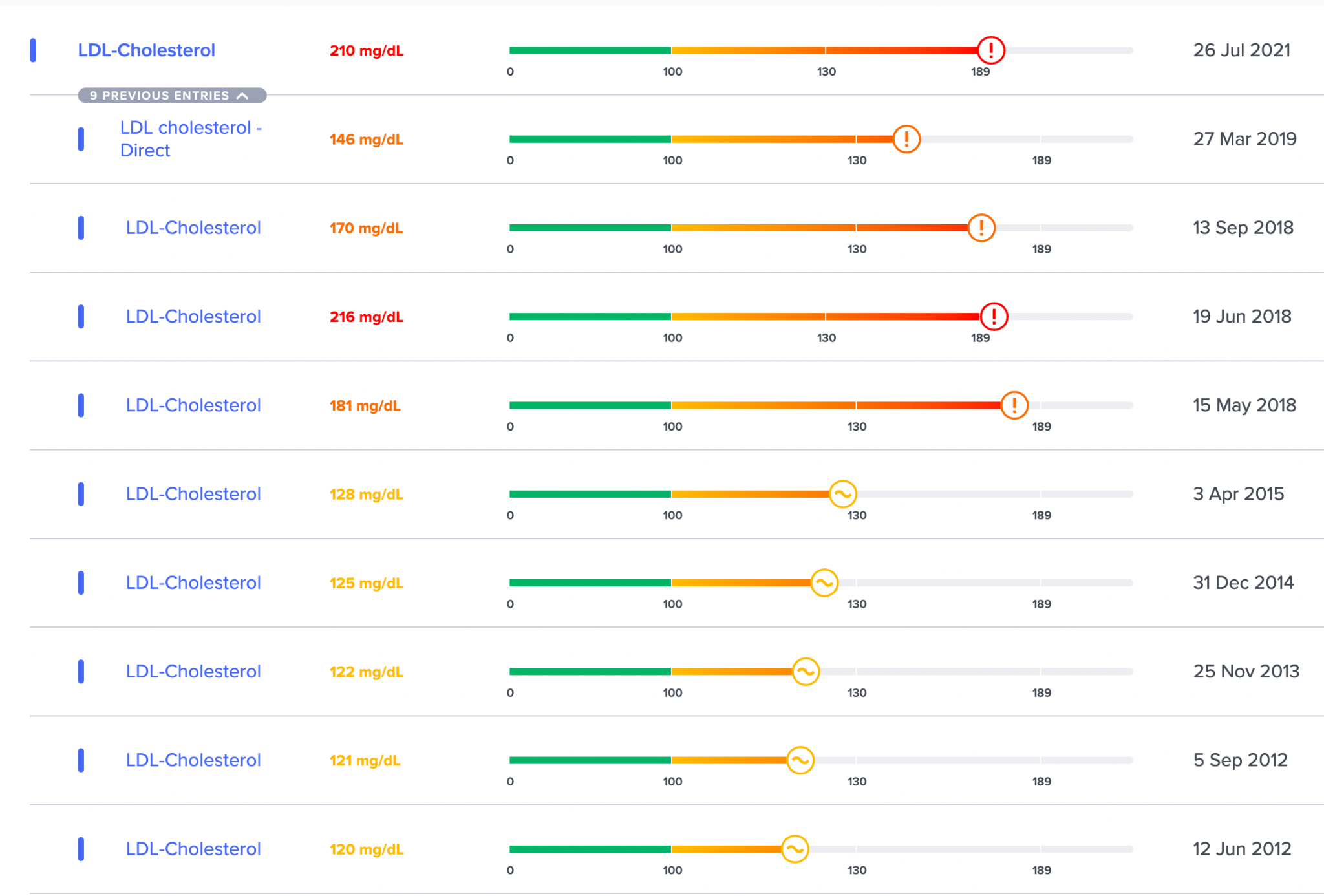 Toxins in vegetable oils from processing are usually overhyped.

As an example, canola oil is vilified in part because it has small traces of hexane in it. However, it is also estimated that the level of ingestion of hexane from all food sources is less than 2% of the daily intake from all other sources, primarily gasoline fumes.

Vegetable oils are also sometimes criticized for deodorization, which can lead to small amounts of trans fat created (1-3%). However, transfat is actually found in all oils and fats to some degree, and the levels of trans fat are even higher in beef fat and milk.

Most people are aware that olive oil has high levels of oleic acid (MUFA), which are healthy to consume.

What many people are not aware of is that canola oil also has high levels of oleic acid.

Another misconception is that the smoke point is a good indicator of whether something is liable to be oxidized – it’s not. Luckily, there are studies done on oxidative stability when oils are exposed to heat [3].

Here are the takeaways:

Below, I’ve ordered the oils in a manner that is healthiest for my individual genetics. I left out soybean oil because the study did not include it, but it’s probably similar to sunflower oil.

Extra virgin olive oil, overall, seems like it’s the best option to cook with, when taking all factors into account. It has a healthy fatty acid profile and doesn’t get oxidized very easily.

Coconut oil is the most stable in heat, but has the least healthy fatty acid profile. If you’re thin and have low LDL cholesterol, coconut oil could be a good option.

Canola oil actually has quite a healthy fatty acid profile, but the oxidative stability and polar compounds after heating are problematic, in part because of the lack of antioxidants. Overall, however, it’s not as bad as one would guess if you scrolled through social media. Overall, it might even be better than avocado oil.

Avocado oil has similar oxidative stability and oleic acid levels as canola oil, but lower polar compounds. However, it also has higher saturated fat and lower ALA content, so I would probably slightly prefer the canola oil.

Grapeseed oil seems to be the worst of all the options. Low oleic acid, low oxidative stability, high polar compounds after heating, and higher linoleic acid and saturated fat.

If you have a high omega 6 to omega 3 ratio, that is unhealthy. But the major way to combat that is by taking more omega 3 and not overconsuming food in general.

That is, if you have a healthy weight and you are consuming adequate omega 3s, as I am, then you should be fine.

Choosing the Right Oil For Your Body

As you can see, there is no perfect answer for which oil is always the best. There are a lot of factors to consider and it largely depends on your own body’s needs. However, there is one thing I’m sure of…you can’t believe everything you hear in an Instagram video.

That’s why I always encourage people to actually look at the research and have a good understanding of their own genetic makeup (using SelfDecode, of course!). Then, apply the 80/20 principle, which is what I’ve based my own health philosophy on.