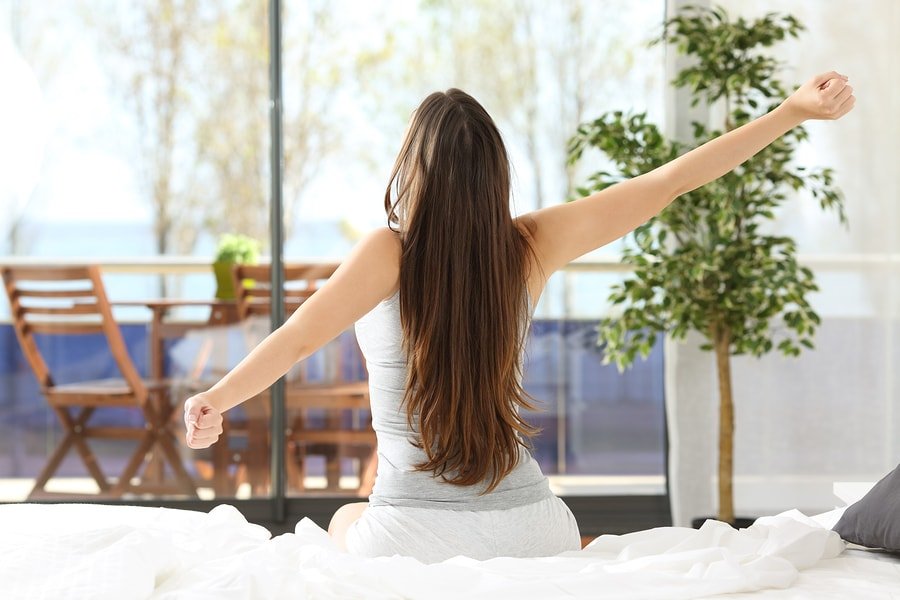 Regardless if you’re a night owl or an early bird, waking up in the morning is a struggle for most of us. Read this post to find out the best natural ways to wake up fresh and energized in the morning, and pick the one that’s more appealing to you.

I spoke about using lactate as a backup generator before.

Researchers found that lactate causes cells in the brain to release more noradrenaline (norepinephrine in US English), a hormone and neurotransmitter which is fundamental to brain function. Without it, people can hardly wake up or focus on anything.

Production of lactate can be triggered by muscle use, which reinforces the connection between exercise and positive mental wellbeing. In the brain, it has always been regarded as an energy source which can be delivered to neurons as fuel to keep them working when brain activity increases.

Lactate is also a critical energy source and a regulator of the orexin system. Lactate release from astrocytes plays an integral part in balancing brain activity and energy supply [1].

Lactate is the most powerful and abundant in my experience.

The effect of lactate on firing activity is concentration dependent. Also, lactate disinhibits and sensitizes these orexin neurons for future excitation [1].

One study hypothesized that orexin neurons only ‘see’ glucose changes when the levels of other energy molecules are low, whereas high energy levels can stop glucose from regulating orexin cells [2].

I use this Kombucha Scoby to produce my own. I use random, cheap decaf teas.

I do interval exercise as well. Exercise has an added benefit of increasing cAMP.

This you will only feel the next day, but it does have a wakeful promoting effect, but again use it the day before.

Hi-Maize produces butyrate, which is an energy-related molecule and should, therefore, block glucose-induced suppression of orexin [2]. Also, butyric acid is acidic and therefore may also increase orexin in that manner.

I’ve found that it does indeed increase wakefulness after a glucose challenge or a big meal.

As discussed above, it also is a GLP-1 agonist, so it can increase orexin and therefore wakefulness in multiple ways,

This is on top of the fact that it can improve memory via BDNF [3] and longevity.

I use Hi-Maize resistant starch, to great effect.

This you will feel instantly. It wakes you up like no body’s business.

Bright light is used for a seasonal affective disorder (SAD) and depression.

It’s been known to increase BDNF, but recently it’s been demonstrated that it increases orexin and that’s the likely mechanism by which it’s effective for SAD [4].

4) Breathe All The Way Out

Take a deep breath in and then breath out all of the ways. The key here is to breath out to the point that it almost hurts. When you breathe out try to breathe out even more.

This is a breathing technique I use to wake me up if need be.

Heavy fructose consumption may not be the most healthy way to increase orexin, but based on my experience, it’s effective.

Raw honey is my preferred source.

Walking wakes me up. Perhaps a long walk is stimulating by increasing BDNF in the hippocampus.

C60 is the most powerful anti-oxidant that I have ever taken and it’s the most long-lasting as well. This gives me a nice steady mitochondrial boost throughout the day.

Fatigue is a hallmark symptom of mitochondrial disease, making mitochondrial dysfunction a likely biological mechanism for fatigue [7]. ROS/Oxidative stress increases TNF [8], which may explain why anti-oxidants can help.

PQQ is a powerful mitochondrial enhancer and is stimulating. It creates new mitochondria and acts as an antioxidant, which may explain why it promotes wakefulness.

This is very good. Rhodiola specifically increases dopamine and noradrenaline in the hypothalamus, which makes us more awake [9].

I don’t take this anymore because it increases the immune system and gave me some inflammation.

This is the best tea with regard to waking me up. I think it has to do with caffeine and increasing thyroid hormones (tea suppresses iodine uptake, which causes some of us to increase thyroid hormone release).

Yerba mate has caffeine and other xanthines but is more gentle than coffee.

I’m much less allergic to this than coffee.

Curcumin probably works by inhibiting TNF, as do the others.

I use these: Boswellia, Curcumin, Grape Seed Extract.

I don’t know the mechanism as there’s no science on it, but it feels like a mitochondrial booster. It wakes me up when I’m tired and relaxes me when I’m awake. It’s one of the few balancing supplements for me.

Gynostemma has strong antioxidant effects that extended to the mitochondria of cells [10]. I found that it does feel like a mitochondrial booster when I tried it.

The adrenal glands contain cortisol and norepinephrine. Cortisol suppresses inflammation (TNF, IL-1b), which is what makes us fatigued.

To me, this feels similar as to when I take caffeine, without the negatives. I’m more motivated and I feel I need to move about, exercise and get stuff done.

This works by increasing cAMP and thyroid hormones. Forskolin is a powerful substance and should be used with care. I don’t recommend this to most people.

Don’t know how this works.

This oil has terpenes that inhibit the enzyme acetylcholinesterase and can also increase wakefulness. This is a nootropic [12].

Rub a little next to your nose: Rosemary essential oil.

These do a pretty good job at waking me up, albeit only temporarily.

This functions as an antioxidant, mitochondrial booster and increases thyroid hormones in me (by blocking iodine uptake).

These are hard to chew but they do wake up me pretty powerfully. I buy them by the pound.

L-dopa increases dopamine, which is important for mental alertness. If you see the picture below, you’ll see that this is a mechanism of action for amphetamines.

Antipsychotics block dopamine pathways [14] and as you might guess a side effect is fatigue.

Alpha GPC is a supplement that increases acetylcholine, which increases vigilance. Antipsychotics block dopamine pathways [14] and as you might guess a side effect is fatigue.

This is a good example that demonstrates the role of acetylcholine in vigilance.

Acetyl-L-Carnitine has the acetyl portion, which increases acetylcholine. Carnitine increases fatty acid burning and mitochondrial health. Buy disposing and using fatty acids for energy, we get an energy boost. This is a must if you eat a high-fat diet.

A study found having fun or play was able to increase orexin, while the same level of exercise wasn’t able to [15].

The study concludes that motor and cardiovascular changes are not sufficient to elevate orexin, so they hypothesize that the emotional aspects of yard play account for the observed increase in orexin [15].

Nucleotide supplements are most stimulating but also have a sedating side.

Nucleotides are the building blocks for DNA synthesis, though I’m not sure exactly which aspect of the supplement accounts for the simulation.

UMP is more relaxing and I occasionally take it at night before bed. This doesn’t cause the wakefulness in nucleotide supplements.

AMP contains adenosine, which is a drug used to induce sleep. This is probably what accounts for the tiredness I feel in the mix of mostly stimulation.

Chewing gum improves some aspects of memory in healthy people [16].

Gum also increases CCK release, which can be stimulating for some or fatiguing for others.