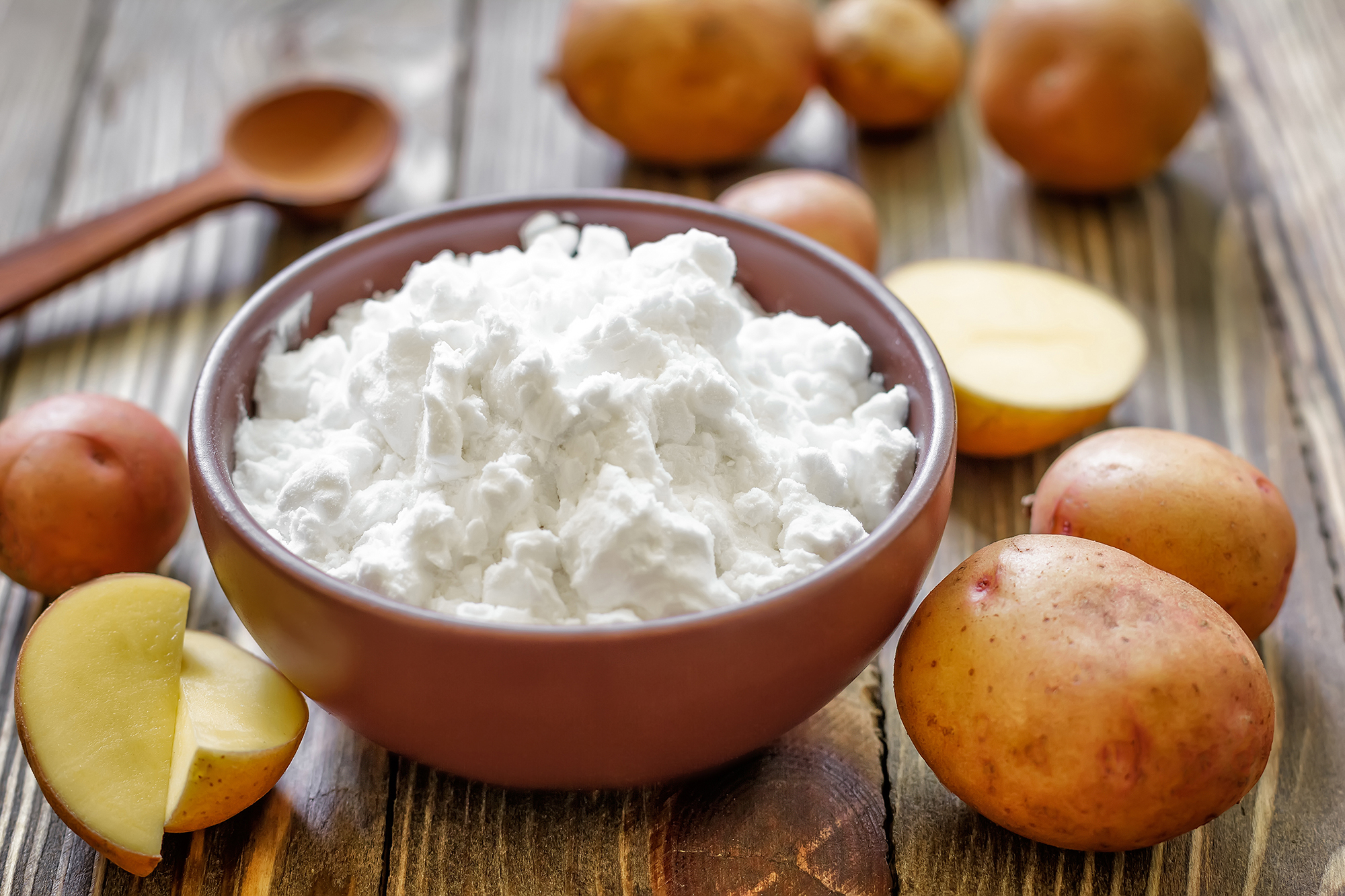 Unmodified potato starch contains glycoalkaloids like solanine that can damage your gut. Read on to discover how it causes inflammation.

My Experience with Resistant Starches

My experience with resistant starch, in general, started about a year ago when I was researching tools to increase insulin sensitivity.

I realized that I was eating quite a bit of food with RS already, which I had discovered based on trial and error of how I felt best.

But after reading about resistant starch, I decided to include semi-green bananas, as they’re a rich source of RS. The impressive research on RS leads me to name one of my diets after this third type of fiber (though it’s really only one reason why the diet is healthy). See my modified Mediterranean diet.

Jo’s Resistant Starch is my main source of RS these days.

My Experience with Unmodified Potato Starch

I had tried it out once before alone and it seemed decent. Since there seemed to be quite a few people using it and my initial impression was decent, I mentioned it as an option in my diet post, though I favored semi-green bananas because of potassium, other nutrients and other kinds of fiber.

After a fellow hacker on longevity started raving about unmodified potato starch, I decided to give it another test drive so that I can compare it to green bananas.

Well, it turned out that it caused me to have inflammation, which manifested itself by joint pain and fatigue.

These things never happen when I take my normal regimen and I’m well rested.

After the effects wore off, I decided to give it another go to make sure it was the potato starch.

Lo and behold I got tired and inflammation again.

Tiredness after a meal that doesn’t contain glucose is a sign of inflammation.

Read about how inflammation induces fatigue by suppressing orexin.

During this experiment, I made sure to take it when I was amped and wide awake, ready to kick ass.

But then 15 minutes after the potato starch, the inflammation-induced fatigue set it.

The upside is that I didn’t get any gas from it – probably because my gut adapted to a boatload of fiber already. It seems like everybody farts away when they take it.

How Does It Compare To Semi-Green Bananas

As far as the effects, I would say Bob’s Red Mill unmodified potato starch is inferior to semi-green bananas.

These days, I try to eat about 3 bananas a day and it seems to be a sweet spot for me.

The bananas combined with legumes and the other types of fiber I consume have a cumulative effect that gives me the right level of cognitive oomph that I like.

I consumed 85g of potato starch and the effect was less than what I experienced with bananas and legumes.

So, excluding the inflammation, I think semi-green bananas still offer more of punch. The fact that bananas contain potassium definitely pushes it over the top even if you don’t experience inflammation from it.

I haven’t seen any convincing evidence that there’s much RS in it from a scientific viewpoint, either.

I emailed them quite a few months back and they said the potato starch was cooked.

Their method of cooking and preparation could definitely be confounding variables.

How Does It Compare To Hi-Maize

The effects are somewhat similar, but hi-maize doesn’t contain the harmful lectins that the potato starch does.

I’m guessing the mechanism behind the inflammation that I experienced was from solanine and chaconine, glycoalkaloids.

Boiling and frying reduce these toxins because they are fat and water soluble. Microwaving (and probably roasting) is only somewhat effective [1].

You CAN get enough resistant starch in your diet

Kresser, “the healthy skeptic”, a misnomer, in my opinion, mentioned in his podcast that it’s impossible to get enough RS in your diet alone. As I’ve demonstrated, that’s blatantly false.

This post is not meant to be an assault on the guys at Free the Animal: I respect that they’re willing to experiment and think outside the box (this is not an endorsement of their blog), unlike most other bloggers.

This doesn’t mean that one can’t benefit from it, though. If you don’t get inflammation from it, then I don’t see why not.

But I think semi-green bananas, hi-maize, and certain legumes are better options.

Resistant starches have been part of my daily routine, I just didn’t react well to potato starch. I have created a book called SelfHacked Secrets that details what substances and biohacks have worked best for my clients and me in helping us feel and perform our best. You can download the first chapter free by clicking here.