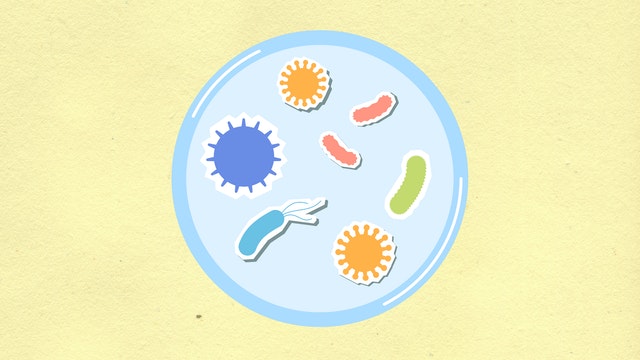 With the entire scientific community rejecting his views on ulcers, Marshall took matters into his own hands. He was so determined to prove his hypothesis that he ran an experiment on the only human subject he could ethically recruit – himself.

On a morning in 1984, Dr. Marshall made history by swallowing a big gulp of meat broth mixed with H. pylori bacteria.

Exposing a link between H. pylori and ulcers, this experiment paved the way for H. pylori research and Marshall’s 2005 Nobel Prize.

However, scientists still don’t know if H. pylori is a friendly bacteria, or an unwanted invader.

That’s because this bacteria (that infects over 50% of people!) has both beneficial and harmful effects… like breaking down the protective lining in your stomach and putting you at risk of developing ulcers or promoting cancer.

And the deciding factor as to whether this bacteria is your friend or foe may lie in your DNA.

For example, I carry a particular CXCL8 variant (shared by 18% of the population) that puts me at a greater risk for peptide ulcers due to H. pylori infection.

If you’ve ever had ulcers, you know what it’s like: nausea, stomach pain, feeling full after eating small amounts of food, indigestion…

This variant makes me susceptible to H. pylori infection because it increases my levels of IL-8. That’s why SelfDecode recommends I eat more chili peppers and spicy food, which helps by reducing IL-8 levels and lowering inflammation.

You likely carry H. pylori bacteria (most people do). Whether that’s a bad thing depends on your DNA. To see your genetic risk for H. pylori infections and discover your gene-specific recommendations, download the new DNA Wellness Report.

Get the H. pylori DNA report along with 43 others (+1 new report per week) with your SelfDecode subscription.

P.S. Why did Dr. Marshall experiment on himself?

He had a gut feeling…

Featured
2
Has your DNA been sent to China?
Brain
4.5
363
Brain Fog: The Hidden Causes + How to Fix It
Sleep/Circadian Rhythm
0
Holiday Sleep Tip: Will Sleeplessness Ruin Your Holidays?