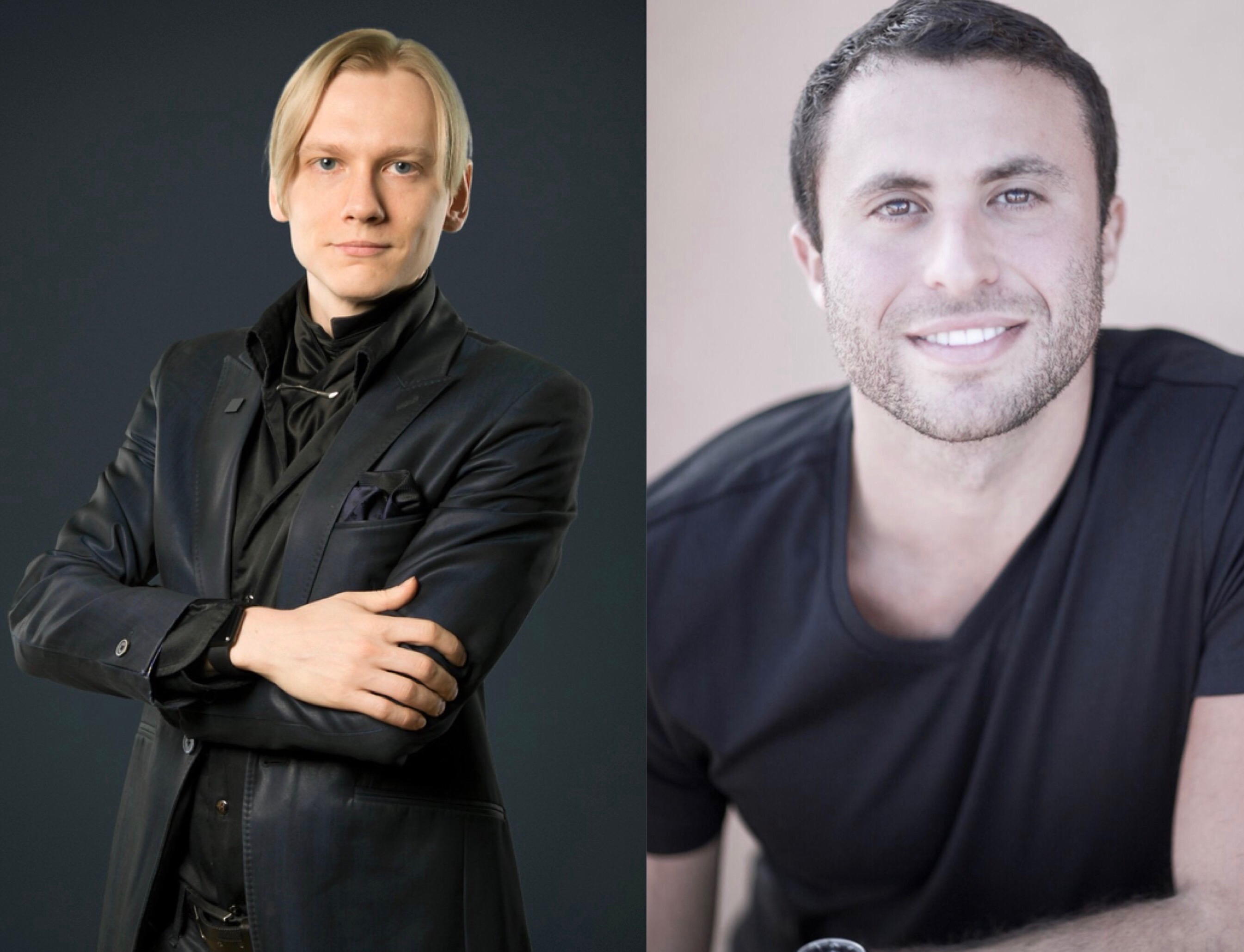 Monitoring and analyzing your blood biomarkers is essential for optimal health. Instead of waiting and adjusting your health after problematic symptoms have already arisen, it is better to get ahead of the problems by stopping them before they even start. In this discussion between Teemu Arina and I, we dive into Arina’s health history and discuss various ways to improve multiple biomarkers that may be putting your health at risk.

About Teemu Arina and How He Got Into Biohacking

Teemu Arina is a self-taught biohacker who has created the best Biohacking Summit to date. Although he always had an interest in nutrition and health foods, it wasn’t until he started experiencing chronic health issues from his first business endeavor that he started focusing on the benefits of biohacking.

At the age of 16, Teemu became enthralled with figuring out how to surpass the limits of the mind, learning, and productivity in various ways. He founded his first company around this idea and built several online learning platforms for people to get things done. However, in the process he forgot one important thing:

He did not realize this until his own personal health was compromised. At the time, Teemu was constantly working and thought he was living at his peak performance, all while averaging only about 4 hours of sleep per night. This resulted in him getting a stress-related ulcer that did not heal for ~9 months. He visited multiple physicians who all prescribed him medications that took away the symptoms, but which did not heal the root cause. To get to bottom of this, he took to his own research.

After some investigation, Arina hypothesized that he had created an imbalance in his system that was maintaining an inflammatory environment for the ulcer to thrive. To heal his body, he designed a health protocol that included an anti-inflammatory diet, more sleep, meditation, moderate (not heavy) exercise, and breathing exercises. Two months into this regimen he noticed that the pain from his ulcer was completely gone. However, what he did not expect was that after 3 months, his cognitive performance was at a level it never was at before.

What was originally designed to be a temporary lifestyle shift soon became a permanent change. Ever since, Teemu has extensively researched and developed biohacks, which resulted in him co-writing the Biohacker’s Handbook and organizing his first biohacking summit in 2015.

How Teemu Arina Healed Himself

Although there is always something that could be worked on, over the past 6 years Arina has been able to systematically improve several markers.

Biomarkers Teemu Arina Has Been Able To Improve

The Triglyceride/HDL Cholesterol Ratio is a good predictor of heart disease and can easily be calculated from the standard lipid profile by simply dividing your triglyceride value by your HDL value.

Teemu Arina has been able to adjust his Triglyceride and HDL levels to optimal values and reverse his risk for cardiovascular disease with the help of these biohacks:

Fasting glucose measures the amount of glucose found in your blood and is commonly used to test diabetes risk. At the beginning of Arina’s health journey, his fasting blood glucose levels registered as “pre-diabetic”. After experimenting with various biohacks, he was able to bring his glucose levels down to optimal.

Teemu Arina experimented with various natural substances that have been linked to helping better control glucose:

He has found the regular use of various bitter compounds to be key for maintaining blood sugar at optimal values. Not only does keeping fasting glucose levels at optimal reduce his diabetic risk, but it also reduces the risk for inflammation. This, in turn, reduces the effect of inflammation on blood lipids, which ultimately lessens his risk of cardiovascular disease. Maintaining a healthy fasting blood glucose level improves overall health.

I have noticed that when my cortisol levels go up (released when stressed), my fasting blood glucose goes up as well. To reduce cortisol levels, Arina recommends these biohacks:

Melatonin affects the body by binding to receptors in the pancreas while you sleep. By doing this, your blood sugar levels remain higher so that you can go through the night without having to wake up from hunger.

The problem comes when you wake up and have breakfast. If you have a breakfast high in carbohydrates, you likely still have melatonin affecting the pancreatic cells (especially if you are supplementing with melatonin). Your blood sugar control will not be optimal in the morning hours, which means that you should be eating foods high in protein and low in carbs instead. Supplementing with melatonin and eating carbs in the morning is a recipe for diabetes.

Your estimated glomerular filtration rate (EGFR) is a measure of your kidney function. When supplementing with multiple different substances, it is important to check your EGFR values regularly to ensure that your kidneys can handle the extra burden.

Teemu was able to bring his BUN values down to an optimal level by reducing the amount of protein he ingests and incorporating spirulina, chlorella, and fiber into his diet.

Albumin is a very important protein in the blood that is commonly overlooked. It is a significant antioxidant and it carries hormones, nutrients, and various other important components through the blood.

The Art of Optimal Health

General health and optimal health are two very different things. General health, the way most physicians see it, is merely defined as the absence of disease. It is when you don’t have a diagnosed disease or symptoms. However, this system doesn’t necessarily do much to treat things before symptoms start appearing – and when they do, it is often too late or very hard to do something about your lab results.

On the other hand, reaching optimal health – i.e. the goal of biohackers – means looking for what is optimal for your own body. This means correcting your test values before they turn into health symptoms.

There are many factors that contribute to optimal health: ethnic background, age, gender, etc. The equilibrium of optimal health is constantly changing – making attaining optimal health not only a science, but an art form.

When it comes to optimal health, we have to look at key factors. We have to combine our understanding of genetic information with blood biomarkers – and, in the future, perhaps even epigenetic testing – so that we can understand how our gene expression changes in response to a number of environmental stress factors.

Stress factors like too much exercise, work, pollutants, and psychological stress all affect our bodies, although that is not to say that these stress factors are always bad. In fact, they are crucial for building up your body’s resilience. It is ok to stress the system occasionally – but it is also essential to make sure that you provide an adequate amount of rest afterward. One of the biggest mistakes I see is that when people learn that some activity, supplement, or therapy is supposed to be “good” for them, they go all out. Moderation is key!

Light and sun are important components of health – and because Teemu Arina is from Finland, he encounters unique challenges when it comes to these factors. During the summer months, there are times that the sun never sets — while during the winter, the sun might not ever come up at all!

In order to minimize the effects of this strange sun cycle, Teemu has come up with several biohacks to trick his body into thinking it still experiences a regular amount of sunlight, such as:

Cautions Against Using Intermittent Fasting as a Therapy

Intermittent fasting can be a great tool to biohack your health, but it is essential to monitor how your body feels while doing it. Fasting can affect your free T3 levels, stress out your limbic system, and ultimately do you more harm than help.

Intermittent Fasting Can Throw Off Your Limbic System

Your limbic system controls many aspects of your life including wakefulness, sleep, hunger, metabolism, and motivation. This is why it is important to have a balanced limbic system. However, many factors can affect it, including physical and psychological stress as well as various kinds of therapy such as intermittent fasting, exercise, and using saunas. Each of these factors can throw off the delicate balance of your limbic system.

LabTestAnalyzer helps you make sense of your lab results. It informs you which labs are not in the optimal range and gives you guidance about how to get them to optimal. It also allows you to track your labs over time. No need to do thousands of hours of research on what to make of your lab tests.

LabTestAnalyzer is a sister company of SelfHacked. The proceeds from your purchase of this product are reinvested into our research and development, in order to serve you better. Thank you for your support.

Podcasts
39
Dr. Garry Gordon: PEMF, Chelation, & Infrared
Miscellaneous
4.1
10
19 Reasons Why You May Be Reacting To Supplements
Anxiety
0
Fear & Anxiety: 3 Genes To Look At