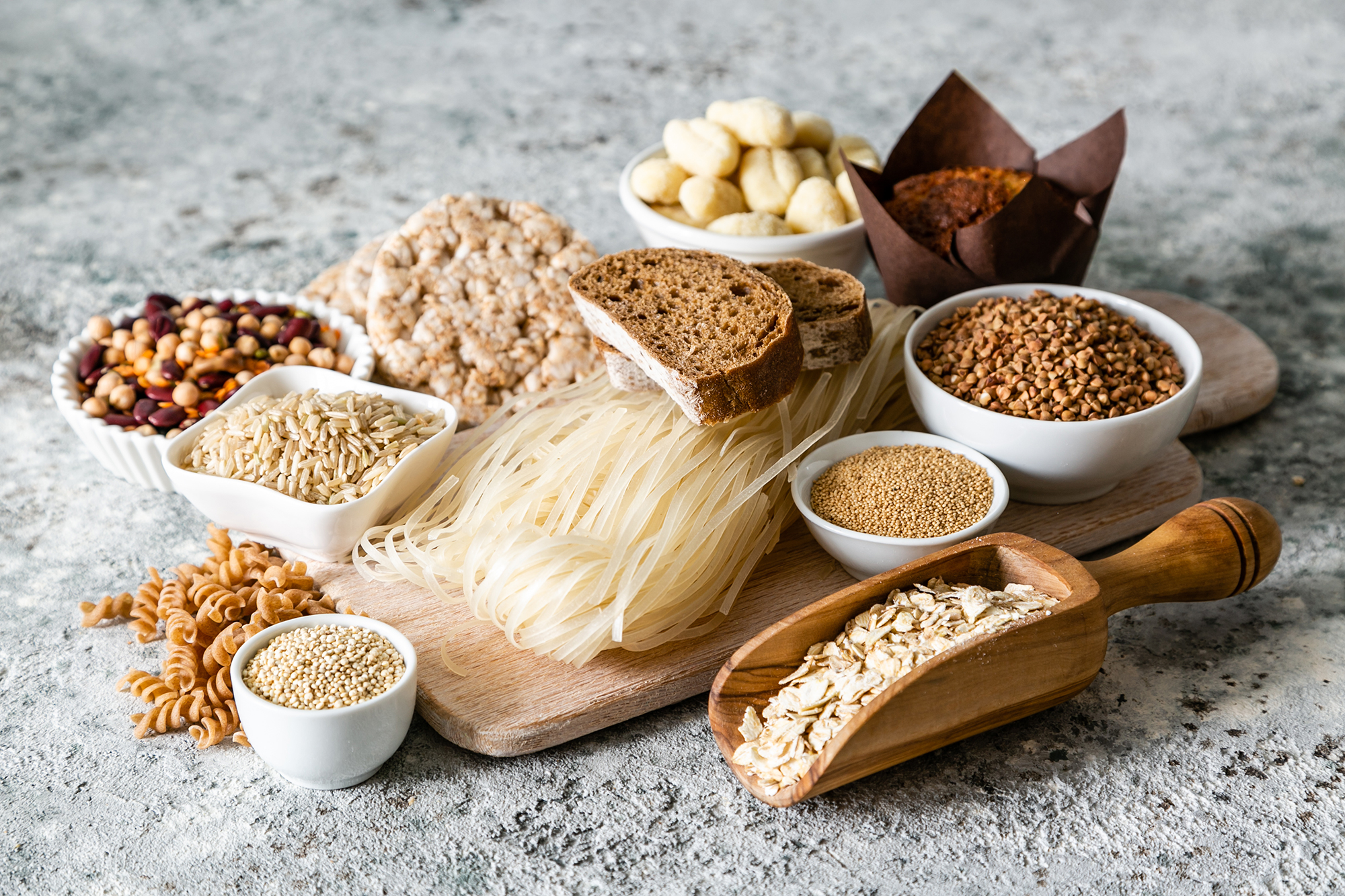 My cells were filled with DHA, I had adequate vitamin A, D3 and a bunch of supplements to restore oral tolerance.

Anyway, I had some gluten over the weekend and then again earlier in the week – like 1/5th of a piece of bread and some other lectins… and it messed me up, big time.

This is even though I went to a GI doc and I tested negative for all of the antibodies associated with Celiac disease.

My memory went down, my mood became unstable and anxiety and fatigue went up. Processing capacity went down and I had a hard time understanding normal speed audio. The motor function also declined. I also got a nice reminder that I used to have to deal with joint pain. My circadian rhythm got wrecked and my sleep was shitty, too.

I realized my glutamate levels were spiking and the OCD was coming back. And then it hit me like a light bulb, in my gluten-induced haze.

I then wondered whether gluten attacks Glutamic Acid Decarboxylase in susceptible people, and it seems like there is a connection [1, 2].

GAD antibodies decrease the GAD enzyme, which results in higher Glutamate and lower GABA. The problem is getting off of gluten, casein, yeast or lectins doesn’t necessarily immediately reverse that right away. I also don’t think that GAD antibodies are required for the problems, as other explanations are also adequate.

So I think it would be a good idea to check GAD antibodies after gluten consumption.

Interestingly, Vitamin D, particularly the active form (calcitriol) increases GAD67 and increases GABA [3], which may be one mechanism by which I felt relaxed when I took a mega dose of vitamin D3.

Where is Glutamate Decarboxylase/GAD Found?

Gluten, GAD, and The Pancreas

GAD (65+67) is found in your pancreas, where it’s needed for the release of insulin [4]. This could be one reason why we see the thin and anxious phenotype. High glutamate and low insulin. Glutamic acid decarboxylase is the common theme.

GAD67, which converts glutamate to GABA, is found in the hypothalamus, cerebellum (which controls motor function) [5] and various brain regions.

Gluten and The Circadian Rhythm

I’ve known people were dealing with circadian rhythm issues and that this was a root cause.

My explanation was because of stress-induced changes in the Per1 clock gene [6]. I also thought that undermethylation was not making the circadian rhythm work properly [7]. I’m still a fan of these theories, but I’d like to drop this new theory, which is significant for some people.

And for me, this could be the most significant because I was taking methylation supplements, was not stressed and my circadian rhythm was still affected. How?

In the hypothalamus, GAD (65+67) is found in the Suprachiasmatic Nucleus (SCN) [8], where GABA plays a central role in the circadian rhythm [9].

This means lower GAD will mess up your circadian rhythm, which will make you feel sleepy during the day, wired at night and cause you to get shitty sleep, among other symptoms. I went to sleep later, slept 8 hours, but woke up feeling unrested.

Gluten, OCD, and Anxiety: The Role of CRH and Glutamate

Glutamate is the neurotransmitter that causes OCD, or an inability to let go, and generalized anxiety. That’s why magnesium, NAC, and memantine are the best for OCD.

GAD is found in the Paraventricular Nucleus (PVN) of the hypothalamus, and lower levels of this are associated with depression by increasing CRH [10].

But why do people release CRH? I thought one of the main reasons was because people were undermethylated, which leads to increased CRH production. Too little methylation of the CRH promoter (CRE), a region critical for CRH production, is a mechanism for the increased CRH response to stress in depressed rats [11]. Undermethylation may possibly also cause lower GAD67 (at least in the prefrontal cortex), which is unexpected [12].

That’s probably why we see MTHFR mutations associated with stressed and depressed phenotypes.

I also thought it was because of genes related to an increased stress response, of which there are many in SelfDecod that I’ve been researching.

I still believe in these causes, but now I realize that lower GAD from antibodies or general inflammation caused by gluten, casein, lectins, etc… could be a very significant cause for some people.

My stress response goes off to gluten and some lectins. I thought that may have had to do with increased CCK being released by lectins, but this new explanation is an alternative explanation.

Studies show anxiety and depression are associated with gluten intolerance. Celiac patients were significantly more likely to have depression, state anxiety, social phobia, a panic disorder when compared to controls [2].

Gluten, Cognitive Dysfunction and Being In Your Head

GAD67 is located in the prefrontal cortex [12], an area responsible for higher level cognitive function. GAD67 is lower in Schizophrenia, in part from under-methylation [12]. Schizophrenia is often caused by gluten. The prevalence of schizophrenia was lower in areas of lower grain consumption and a milk-and-cereal-free diet improved schizophrenic symptoms [2]. Indeed, GAD antibodies are higher in schizophrenia [13].

If you’ve got lower GAD levels, this area will be overexcited, which means you won’t be able to focus, you will have anxiety and excessive analyzing. You will not be able to shut down your analytical thinking. You will be in your head.

ADHD symptoms were overrepresented in Celiac patients and a 6-month gluten-free diet improved ADHD symptoms in 74% of these people [14].

Gluten, The Hippocampus, and Memory

GAD67 enzymes are located in the hippocampus and lower levels will cause overexcitation, which may explain memory problems in the long term [15].

My only problem with this theory is that the prevalence of these GAD antibodies are less than I would’ve expected. I would like to check to see if my antibodies are high.

But, nevertheless, this can explain many of the issues with people who have Gluten Sensitivity or Celiac disease.

TNF, Interferon gamma, and IL-1b inhibit GAD65 and GAD67 in rat pancreas cells [18]. It could be that gluten is causing systemic or local inflammation and that’s causing decreased GAD levels.

In Non-Celiac Gluten Sensitivity, researchers found that mucosal TLR1, TLR2, and TLR4, which are associated with innate immunity, were elevated (but this requires a biopsy, which is invasive and not even available) [19].

It could be other people have different effects from different antibodies. Gluten is associated with anti-ganglioside antibodies and TG6 in Celiac disease, both of which are important for neurons [2].

It’s possible that gluten is messing with neurotransmitters. After 1 year on a gluten-free diet, patients with Celiac experienced a significant increase in major serotonin and dopamine metabolite concentrations [2].

You might want to check if you have SNPs for lower GAD levels.

The G allele=reduced GAD1 production in the DLPFC and hippocampus among people with schizophrenia… by disrupting a binding site for two transcription factors [21].

Cortical thickness reductions of GG were only found in people with the COMT Val158Met versions of AG and GG, but not AA [21].

A g=increased risk of schizophrenia [21].

The T or the minor allele is associated with panic disorder (only in females) [22].

Since GAD1 levels are believed to be lower with the A allele, the study speculates that GABA production by the GAD1 gene is actually reduced in the A allele carriers and that a compensatory change such as excessive production by GAD2 or a decreased breakdown by GABA transaminase may be causing this unpredicted increase in GABA [24].

The compensation could also be occurring in certain places that were tested, whereas others may be decreased but their techniques may not have been sensitive enough to detect it, or it could be that GABA is present in cells, but still result in a relative deficit of GABA synaptic transmission [24].

Not on my SelfDecode. AA is associated with post-traumatic seizures… which means higher glutamate and less GABA… AG and GG are equally normal [23].