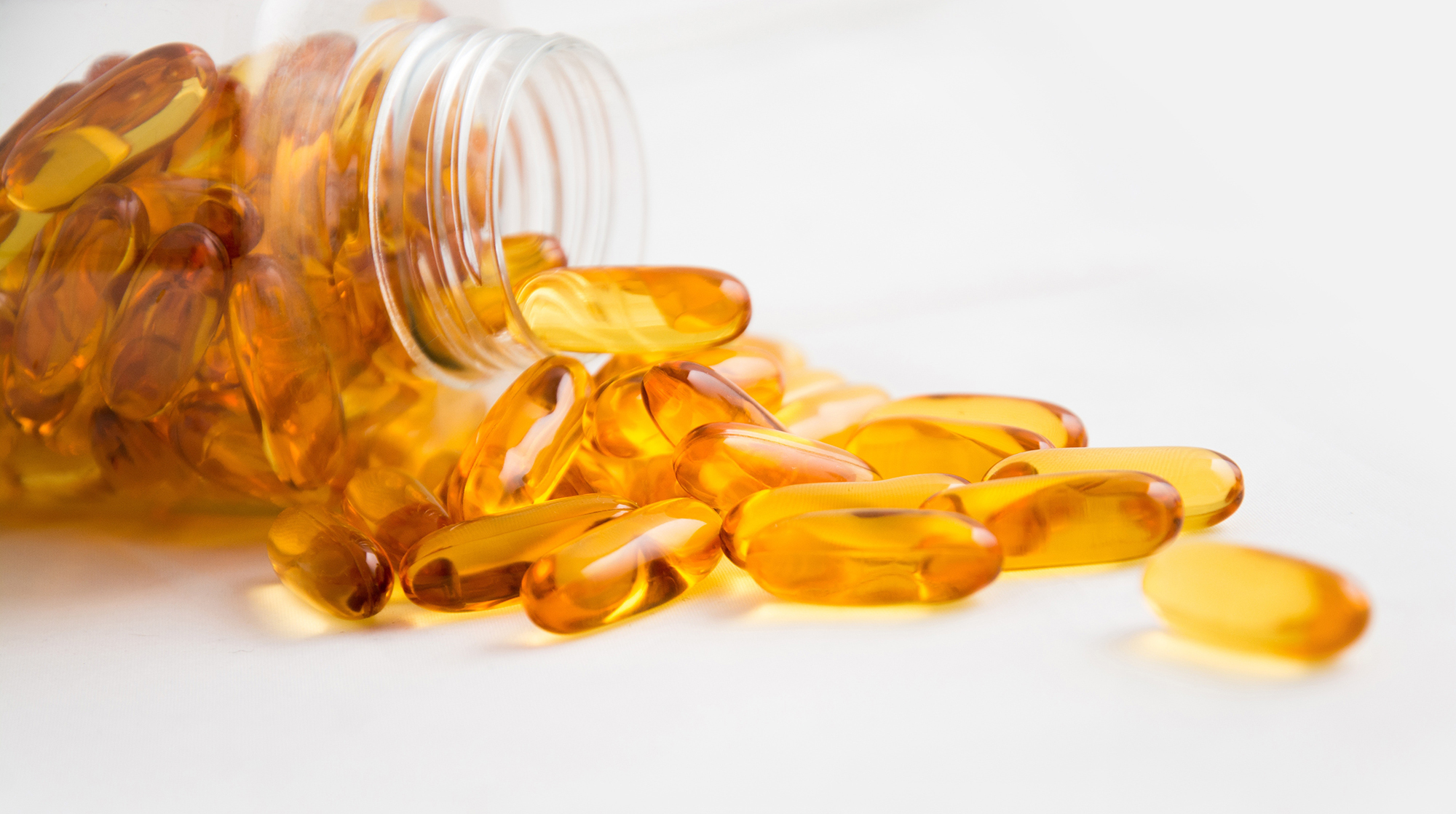 You don’t want to be deficient in vitamin D, but there is an interesting case against supplementing D3. Learn more about D3 supplements & megadosing.

The Institute of Medicine (IOM), one of the most trusted medical organizations, was asked by the US and Canadian governments to assess the current data on health outcomes associated with calcium and vitamin D. The IOM isn’t like the FDA, which is partly a political organization and shouldn’t be trusted if history is any guide.

They formed a committee of experts who did an exhaustive review of over 1000 studies and listened to testimony from scientists and stakeholders. Their report, issued on 11/30/2010, concluded that the evidence supported a role for these nutrients in bone health but not in other health conditions.

The IOM concluded that the average daily requirement is 400 IU.

They say that the majority of the American and Canadian population is getting enough of both vitamin D and calcium, and that there is emerging evidence that an excess of these nutrients may be harmful.

The Case Against Vitamin D3 Supplementation

Myopia is a serious problem we humans deal with. We ignore the complexities of life and disease and we focus on one ‘cure’.

We take something good and assume more is better. Our brains are wired for this. My advice is to be very skeptical of anyone that doesn’t present many sides or the complexities of a matter.

It doesn’t matter what your theories are, if clinical evidence is contradictory then it means we’re missing some information. You’re welcome to experiment on yourself, but the fact remains that it’s not as beneficial as we think.

A 2013 review published in the Lancet looked at 172 randomized trials of major health outcomes [1].

However, results from intervention studies did not show an effect of vitamin D supplementation on disease occurrence [1].

The only minor benefit was supplementation in elderly people (mainly women) with vitamin D per day seemed to slightly reduce their risk of dying [1].

The study concludes that low vitamin D3 is a marker of ill health [1].

Inflammation reduces vitamin D3, which explains why low vitamin D status is reported in a wide range of disorders [1].

I believe that much of the benefits in people who have adequate vitamin D3 levels has to do with the fact that they’re getting sun and its associated benefits.

However, the flaw in thinking of this review study is that all because vitamin D supplementation doesn’t cure or help a disease when it’s underway, it doesn’t mean it can’t help prevent it. So I believe you should have adequate levels in the long run to prevent disease, but based on the review, it likely won’t cure your disease. I’ve never seen it cure anyone.

Interestingly, another study found that blood levels of inactive supplemental vitamin D3 were not correlated to products from gene expression that fight infections (cathelicidin or beta-defensin-2) [2].

I’ve been researching if there’s any benefit to having vitamin D levels over 40 ng/ml and I’ve come up empty.

If you look at the picture above, you’ll see there’s a correlation between vitamin D3 and active D up to 100nmol/L (40ng/ml). After that, it’s irrelevant.

After 40ng/ml there’s not really a correlation between vitamin D3 and calcitriol. Below that low levels of D3 are good at diagnosing a deficiency.

Dr. Perlmutter recommends to have your levels at 80ng/ml and Mercola says under 50 ng/ml is a deficiency, but I see no evidence to support these recommendations.

It’s often the case that there are high levels of active vitamin D in autoimmune disease [3].

This might seem paradoxical because it’s supposed to be great for autoimmune disease.

It’s believed that bacterial infections cause resistance to the active vitamin D by binding to its receptor [3].

So the body makes more of it. This is why the active vitamin D (calcitriol) is actually HIGH in many autoimmune diseases – because the bacterial products cause resistance.

When Calcitriol is too high, some people say it actually inhibits VDR activation and decreases the number of receptors (Dr. Marshall), which will then cause autoimmune disease [5]. Hence, high levels of the hormone are immunosuppressive [6].

However, I’ve found evidence that active D can increase VDR expression [7]. I haven’t found a source for high active D inhibiting VDR activation and this is also contradicted by the above study, which gets good results from using a synthetic VDR activator (agonist).

According to Dr. Marshall, too much active D can compete with other important receptors and prevent the binding of thyroid hormones (T3), cortisol and testosterone to their receptors, which cause resistance to these hormones [8].

I wouldn’t be surprised if he’s correct because the VDRs and the Thyroid Receptors are very similar [9] and active D can certainly compete with it. Therefore, long-term supplementation of vitamin D may not be a good idea, especially at a high dose.

4) Vitamin D3 May Compete With the Active Form

Vitamin D3 is structurally similar to Calcitriol and therefore it can compete with it and block it. So it’s possibly harmful to take too much.

I haven’t noticed any benefit to increasing my vitamin D dosage, except an antidepressant effect when taken in a massive dosage. But this is only felt the same day.

Vitamin D competes with other fat-soluble vitamins, so excessive dosages can imbalance them.

Interestingly, Vitamin D supplementation decreases klotho, which increases IQ and longevity [10]. However, this study was done in a group of dialysis patients, so it’s unknown if vitamin D would have the same effect in healthy people. If it does, this would be considered bad.

Note: Some scientists seem to overturn this idea and think that activation with binders that have less of an affinity for the receptor isn’t problematic. See this post.

You can request that your doctor test your vitamin D. Conventional doctors will look at high or low vitamin D levels and not mention anything. Sometimes, a lab result may be in the reference range, but not actually be in the optimal range. Reference ranges are not the same as optimal ranges. This is why even vitamin D in the ‘normal’ range can be unhealthy and indicate that certain processes in the body aren’t optimal.

My Mega-Dosing Experiment With Vitamin D3

I’ve spoken about my shift away from RDA thinking into whether I can benefit if I have more than the RDA.

I’ve also seen studies done in tribes who get traditional amounts of sun and it was around my blood level.

I never took more because there’s no ‘scientific evidence’ that raising my blood levels from ~40 ng/ml to more than that has any benefit. According to the IOM, when you start going over 50 you possibly increase your risk for cancer by a bit.

I decided to see what taking more than the RDA can do. I decided to do a mega-dosing experiment.

Normally, I only put herbs through my experimental ringer by upping the dosage until I feel something. However, I decided to revisit all of my vitamins and minerals and see what they do at a high dose.

I’ve already experimented with mega-dosing probiotics, and now it was Vitamin D3’s turn.

So I decided to take 150,000 IU. This is a lot, but not close to the 2 million that Gary Null was scarfing down for a month – by accident.

At this dosage, I noticed a significant anti-depressant and anti-anxiety effect. I found it very relaxing. It also gave me a bit of a boost and it seemed to benefit my eyes.

I wouldn’t take this dosage daily, but I’m glad that I did the experiment because I have a better idea of how it affects me.

However, I didn’t notice any difference the next day or thereafter. It seemed like it was just a temporary boost.

Since I don’t notice a long-term benefit, I’m going to pay attention to the science. The science doesn’t show any benefit for people who already have over 40 ng/ml.

There are some benefits for not being deficient in vitamin D. Under 30 ng/ml is considered a deficiency. If you are over 40 ng/ml you have more than enough.

I like to keep my level at 40 – 50ng/ml. I see no reason to increase it and only potential downsides.