Our goal is to not have a single piece of inaccurate information on this website. If you feel that any of our content is inaccurate, out-of-date, or otherwise questionable, please leave a comment or contact us at sup[email protected] 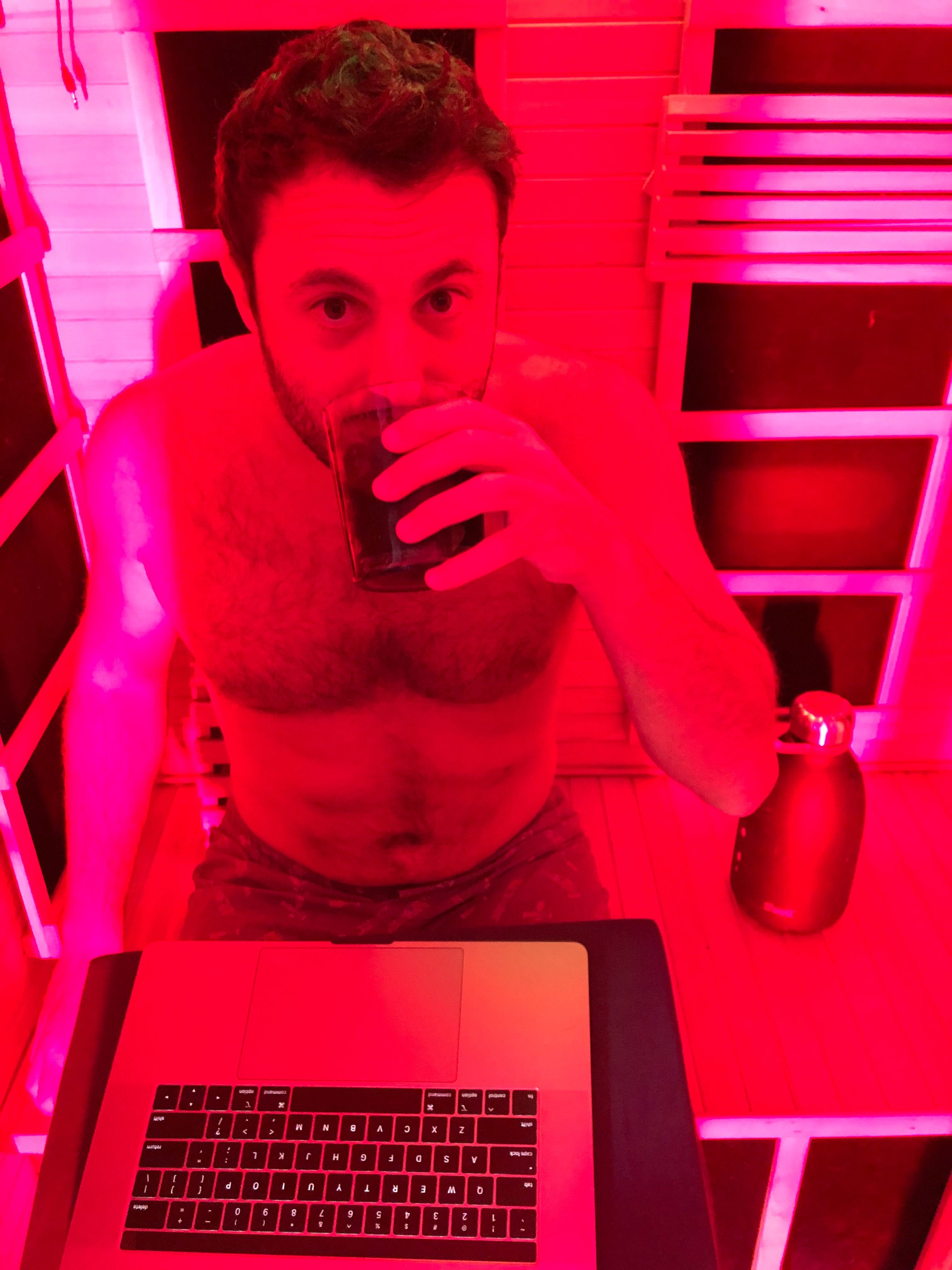 This post is written by Joe Cohen and is based solely on his opinion. All opinions expressed by authors and quoted sources are their own and do not necessarily reflect the opinions of the editors, publishers or editorial boards of SelfHacked.

Some time ago I shared a health hack with my friend, Dr Mercola, and now whenever we meet he tells me how much he loves this health hack and uses it all the time now.

You see, a few years ago, after I had fixed all of my health issues, I started to experience serious memory problems and some brain fog. If I was older, I would’ve thought that I was coming down with dementia. The brain fog was different than what I’d get after eating grains or other foods I was sensitive to.

It was clear that this was not a food sensitivity. So what else could it be?

I took an inventory of my diet and lifestyle, and I realized that I was eating fish every day for 2 weeks.

Perhaps I was consuming some toxin in fish.

Knowing that fish are contaminated with heavy metals, I started taking a few supplements to detox mercury (NAC, lipoic acid, glutathione, etc.), but I didn’t notice any changes in my brain function.

Then I thought if it’s not heavy metals, then what is it? I knew fish had a lot of dioxins, PCBs, and toxins from plastics in the ocean.

Dioxins and PCBs are accumulate in fat tissue in the body and are both neurotoxic and carcinogenic. They have a range of negative health effects, including reducing thyroid hormones (T3) [1, 2].

A 2010 study found that children with highest concentrations of PBDE levels in their umbilical cord blood at birth had a significantly lower IQ (5.5 to 8.0 points), after correcting for sex, ethnicity, tobacco smoke exposure, and mother’s IQ [3].

According to one study, seafood eaters ingest up to 11,000 tiny pieces of plastic every year, and this number is growing [4].

But I figured that maybe it only helps when you’re intoxicated. So I tried 5g of activated charcoal in the form of a powder (equivalent to 20 pills).

My memory improved and my brain fog cleared in around 60-90 minutes!

Activated charcoal is charcoal with a chemically increased surface area which increases its ability to bind to or adsorb other chemicals. This reaction and absorption capacity is what makes activated charcoal great for detoxing!

I looked on SelfDecode to see how I handle toxins, and I realized that I had certain ‘bad’ gene variants that prevented me from detoxing. An easy way to check for these genes is to check out our detox section on the SelfDecode blog. Here are my results, for example: 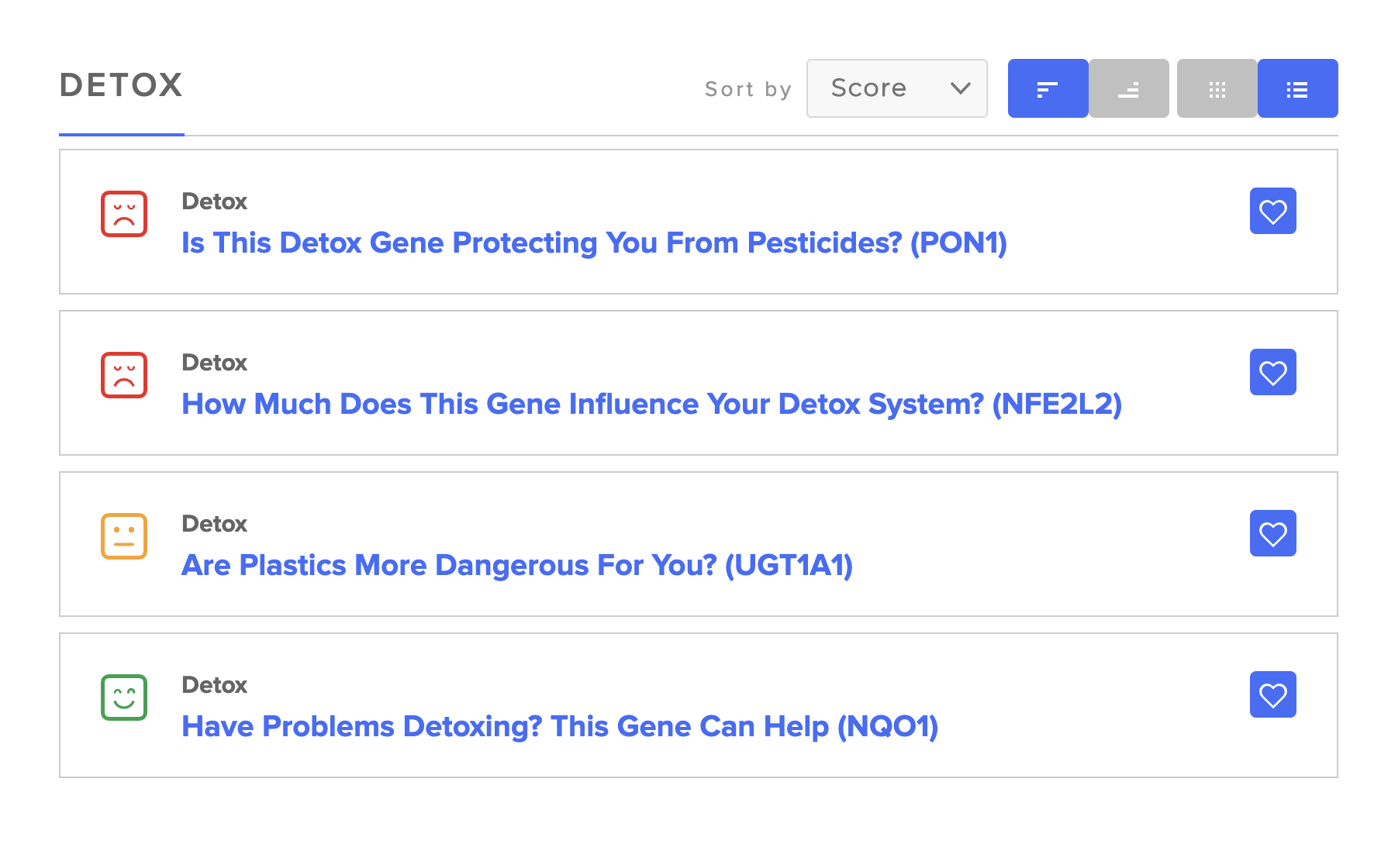 Low and behold, it turns out I have a genetic variant that was flagged by SelfDecode that showed I had problems detoxing plastics. I have the variant called UGT1A1*28.

UGT1A1 is one of the primary genes responsible for reduced detox ability.

According to some reports, the variant UGT1A1*28 causes a 70% reduction in enzyme activity [5].

As you can see, with the ‘II’ genotype, I am at the highest risk for having toxicity issues.

There are also other SNPs in this gene that increases the likelihood for toxicity to plastics, so you want to check those out as well.

While it’s more subtle, I still notice that when I eat seafood, my thinking gets a bit less clear. However, when I consume fish with activated charcoal, I don’t notice any negative effects from fish.

I will also consume activated charcoal when eating out, because I find that when I eat meat from restaurants, it often causes some gut problems, which is prevented by the charcoal. The same thing doesn’t happen with home-cooked meat.

So now I always make sure to consume activated charcoal whenever I eat seafood or eat out.

Activated charcoal has other health benefits as well that I like, such as lowering LDL cholesterol, which is still my only lab that is not optimal.

Additionally, I stopped drinking from plastic bottles once I found out this critical information. Plastics are a problem for everyone (see this interview), but it’s clear that I have even more of a problem with it than most people.

Plastics in the Ocean

Plastics in the ocean is a serious problem. Here are some facts about plastics in our oceans [7]:

If I really want to detox, I implement my advanced detox hack.

I use activated charcoal before I go into the sauna, and combine it with red light therapy. 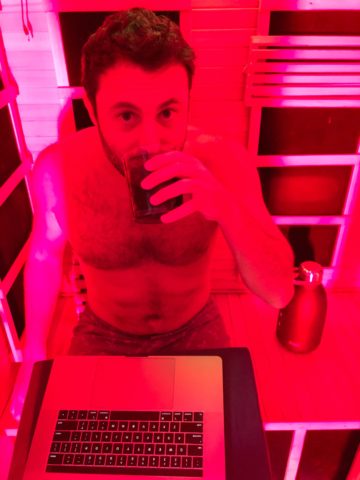 The activated charcoal, sweating from the sauna and red light all synergize to create the best detoxification health hack out there.

If you decide to try this out for yourself, let me know what you think! Just tag me @mrbiohacker on Instagram.

The Health Effects of Phthalates & BPA