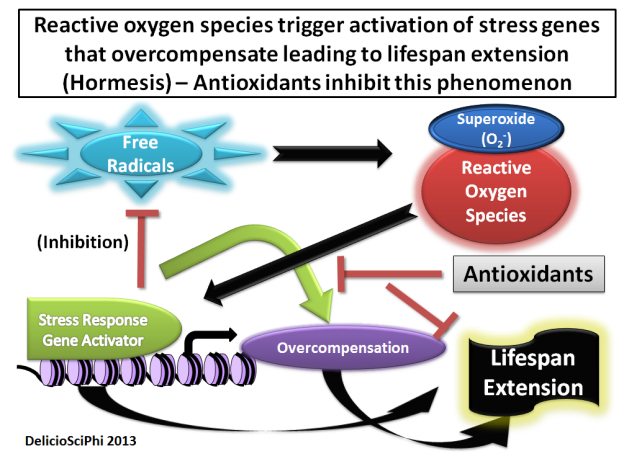 The Spirit of Hormesis

Let’s face it. Most “nootropics” don’t work well for youngish healthy individuals, at least in my experience. As my health problems disappeared, I naturally started to search for the best tools for enhancement and I realized everything that was highly effective fell into 2 categories. They either corrected a deficiency or worked by hormesis.

Hormesis is the best method for enhancement for people who are already healthy. Hormesis is the concept of introducing an acute stress to the body, in which case the body will have a reaction that will prep it for future stressors that are even stronger. By being prepped, the body can be shifted into a state of higher performance.

Vaccines work in this manner. You introduce a tiny dose of a pathogen and the body responds with developing immunity to an even bigger onslaught of that pathogen. When you introduce small stressors, the body will super-compensate and become stronger.

Exercise mainly works by hormesis as well, which is why it’s an effective enhancement tool for people who are already very healthy.

The American ethos, though, has a hard time digesting this concept and using it properly. We like the concept of becoming stronger but we lack the culture of moderation and the wisdom that less is more. We view hormesis as what doesn’t kill you makes you stronger.

In reality, what doesn’t harm you too much makes you stronger. We like to take things to the extreme, though. If something is good we’ll do more of it. Exercise is healthy? Great. Time to run marathons.

The dose used in hormesis must be carefully applied according to the individual’s initial condition. For example, someone who hasn’t exercised in years shouldn’t suddenly engage in exhaustive exercise. In the same vein, someone with a ‘leaky gut’ should not be exercising exhaustively or drinking alcohol because these things exacerbate such a condition. With hormesis, the dose is key. A little is great and a lot is terrible.

The conditional nature of hormesis adds complexity and naturally, humans don’t like this because we tend to view the world in a binary fashion, where things are either good or bad. If it’s good, we like it and if it’s not we don’t. A nuanced approach is missing here, where the answer isn’t “yes” or “no” but rather “it depends.”

The human body is a complex system that requires nuance more than less complex systems. By categorizing things clearly, nuance gets lost in the jungle of labels. By not truly accepting this idea that less is more, many bloggers and people tend to take things too far. If we don’t use hormesis properly it can cause more harm than good.

Examples of Hormesis in Health