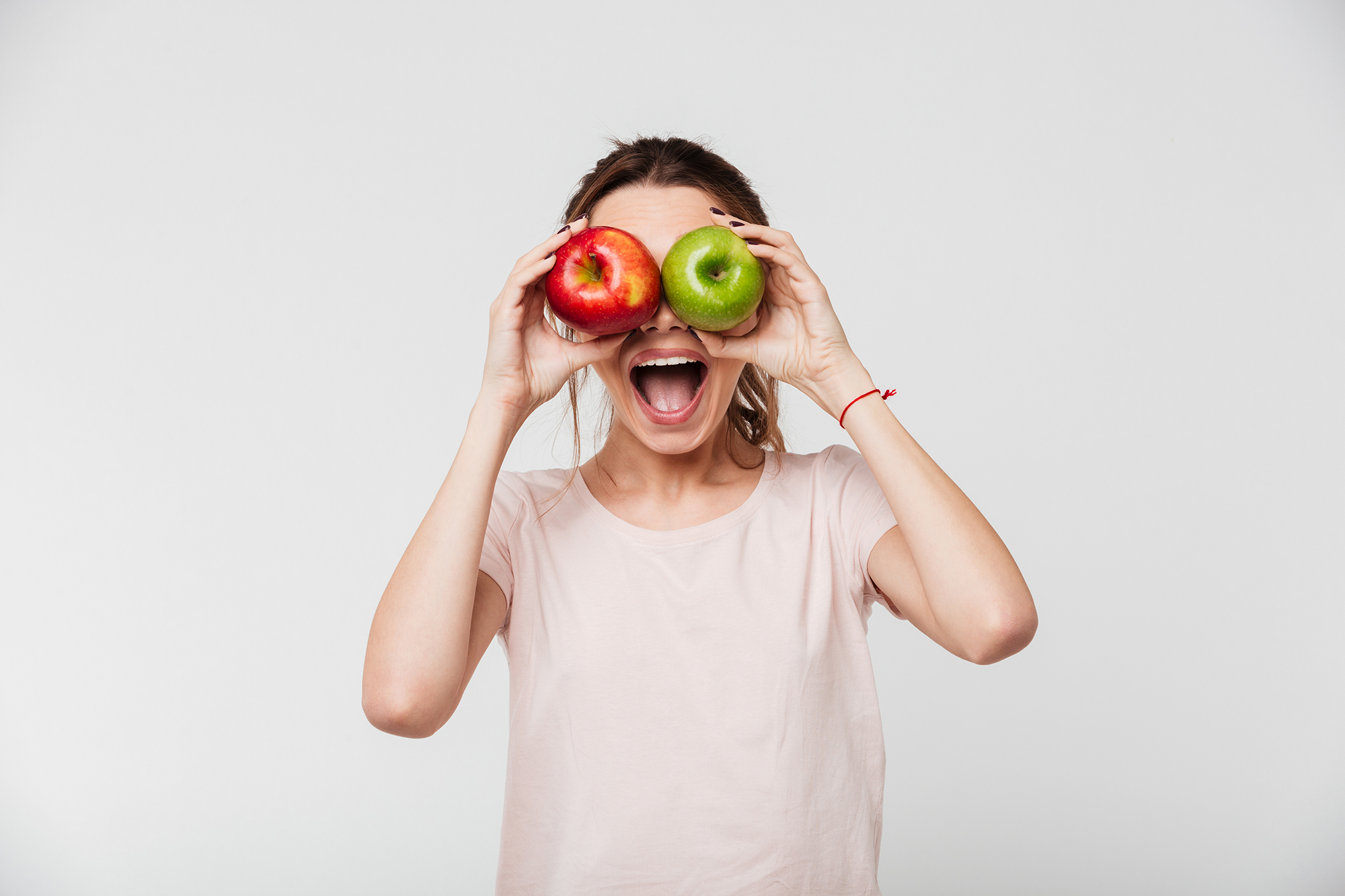 I tried to strike a balance here between being polite, while also challenging his ideas at the same time. I hope I accomplished this.

I could’ve gone on for 10 hours, but time was the limiting factor… he had to go…

When it comes to the type of eating, the most research for health benefits as a general rule – for a whole population is a Mediterranean Diet. The evidence is certainly not for a low-fat, whole-food, vegan diet with the possible exception of heart disease.

The studies that Campbell talks about are rubbish. They are done with dosages of casein that no one will consume, on animals and with significant levels of toxins. Other animal studies also have their flaws.

Then he looks at epidemiological studies that are completely flawed and don’t always line up the way he wants them to. He speaks down at reductionism and praises looking at the whole body of evidence, but he does no such thing.

Anything can be called reductionist and that’s what his main mode of argumentation is. Any study you bring will be reductionist, but by nature, studies are reductionist because they are looking at single variables.

There is no evidence that the Campbell/Ornish diet is more healthful than a healthy omnivorous diet and there’s ample evidence that it’s not.

It’s also important to note that all of the positive studies for his low-fat vegan diet were done by devotees of these diets.

This summary doesn’t include a lot of what we speak about and I’ve added some information here that you won’t get in the interview.. Therefore, watch the interview AND read these notes…

What diet do you advocate?

He doesn’t like the word vegan, because of its ideological connotations.

How is your diet different from a whole-food, low-fat vegan diet?

Why is animal protein bad?

Because you’re displacing healthier foods and you’re having more fat and protein.

Neglects to mention the positives of protein:

Me: IGF-1 is a performance hormone… it doesn’t initiate cancer, it makes cancer you already have spread quicker.

Him: he disagrees because casein causes cancer… (doesn’t address my claims)

Me: Casein isn’t equivalent to all other proteins. Casein is inflammatory.

Him: All the animal proteins are inflammatory.

Him: Also turkey and egg protein… (I’d like to see those studies… probably reductionist… which he is against).

Me: We need to shift the conversation from plant vs animal to a more detailed discussion of the exact protein… With IGF-1, most amino acids will increase it, so it makes no difference if it’s plant or animal.

Him: What do you mean by amino acids?

Me: Leucine would be one example…Any protein you’re going to take in will increase IGF-1 if the dosage is right…even plant-based proteins…

Him: We can’t look at things in a reductionist matter….When you eat protein from plant foods it also contains antioxidants and balancing factors that decrease IGF-1.

Me: You speak about plant-based diets… do you think you should make a distinction between the type of plant?

Him: You need to look at the whole picture… when you eat diverse plants, it balances out…

When you put people on a whole food plant based diet, you cure heart disease… a paleo diet can’t do that… we see the same thing with cancer and type 2 diabetes…

Me: Is there an individual difference in how people respond to different diets? Is the diet you advocate the best for everyone?

Him: Everyone responds in a favorable way, but some people improve more than others.

(Campbell’s diet (Ornish) was compared to an Atkins diet in a group of overweight/obese premenopausal women.

After a period of 1 year:

Me: The readers of my blog have tried it and for more than a month…

I think there’s a portion of the population that does better with more protein. These people suffer from chronic inflammation and fatigue… they are often under-methylators… and they are less concerned with cancer, heart disease, and type 2 diabetes. For example, these people will do better for more cysteine and methionine.

Him: Those proteins cause metabolic acidosis. The pH starts to go down and our enzymes can’t work as well (not true, when healthy, we have very tight control on our pH – but I didn’t bring it up)

Me: Are there any clinical trials show people getting metabolic acidosis when combining it with adequate water and fruits and vegetables?

(I disagree, but didn’t bring it up… his vegan diet doesn’t get optimal levels of these dietary components:

Me: Nutritional supplements can mean anything…the supplements you’re referring to — beta carotene, alpha-tocopherol, selenium, and folic acid don’t work and can be harmful, but it’s not accurate to just label all supplements as unhelpful.

Me: Are there any studies comparing the diet you advocate with other diets that are not the standard American diet?

Him: They did a study comparing a placebo diet to the standard American diet and they didn’t do better ((((I’d like to see the details of that study)))).

Me: Were they also adequately hydrated and eating lots of vegetables?

Him: He’s not aware of the details of what they ate…

Me: Are you aware of any studies comparing a plant-based diet you advocate with a healthy and balanced omnivorous diet?

Him: No… but they’ve done studies on heart disease… out of 179 people who followed the diet, only one person had another heart attack… and that person didn’t keep to the diet… Less than 1 percent got heart disease again…67% of the people who didn’t do it had another heart attack… if these people deviate their numbers will go in the wrong direction.

Me: I’m willing to concede that the diet you advocate has evidence for heart disease, but we haven’t compared it to other healthy omnivorous diets, so we don’t know which is better.

Me: Your diet lowers LDL, which is good for heart disease… but the studies show that an LDL between 100-130 has the lowest overall death rate… what do you think of those studies and the fact that LDL carries antioxidants (I said in the interview LDL was an antioxidant, but I misspoke)?

(I also didn’t mention that cholesterol is the precursor to all steroid hormones in the body and all of these hormones are critical to health. Should’ve brought up that fact…)

Him: He thinks they’re reductionist… you need to make sure that they’ve done an adjustment for various factors, such as the care these people may have gotten (they did adjust for confounding variables).

Here are just two studies: (“Mortality decreased with the increases in both TC and LDL-C concentrations, after adjustment for various confounding factors. These findings suggest that low TC and low LDL-C may be independent predictors of high mortality in the very elderly.” [17] Another study [18].

Me: Is there any other mechanism by which it decreases heart disease? Does it decrease inflammation and oxidized LDL in the studies you’ve done?

Him: Yes, it does everything…

Him: He looked at the metabolic effects, which are similar in animals (if we include animal studies, then there are thousands showing benefits for dietary supplements.)

Then he saw the human epidemiological studies confirmed what they saw in animals.

Me: What did you measure in the china study and what did it show?

Him: They collected detailed data on 6,500 Chinese families and this was the highest quality epidemiological study in the history according to his opinion…

He saw that Western diseases clustered together and they correlated with blood cholesterol…when total cholesterol went up from 80-90 to 160, all the diseases became worse.

Me: They’re tons of markers you could’ve checked for… For example, did you check for fish consumption and total mortality?

Him: Yes, he doesn’t remember exactly what that data was.

Me: There are dozens of studies showing that people consuming fish 2-3X a week show lower mortality and dramatically lower levels of heart disease.

Me: Maybe 50% – it depends on the specific type of heart disease…

2) “CONCLUSIONS: Fish consumption is associated with a reduced risk of all-cause, ischemic heart disease, and stroke mortality at the population level.” [20].

3) “Fatty fish compared with non-fatty-fish consumption was associated with lower CHD mortality… by 34%” [21].

5) A study that included more than 4,000 Swedish 60-year-olds, showed that high levels of polyunsaturated fats in the blood are linked to increased longevity and decreased the risk of cardiovascular disease (included other kinds of PUFAs, too) [23].

Him: He’s not familiar with those studies… but the studies on Eskimos aren’t good because they didn’t live long enough for them to get heart disease

Me: There are many other studies…

He Has to go but compliments me on my penetrating questions…

Other Points I Didn’t Get a Chance to Bring Up

Genetics
4.1
27
Cohen Modal Haplotype: Are you a Cohanim?
Healthy Living
4.2
2
When You Can’t Do Everything Right, Do This Instead
Opinion
0
One Major Reason Why New Year’s Resolutions Fail