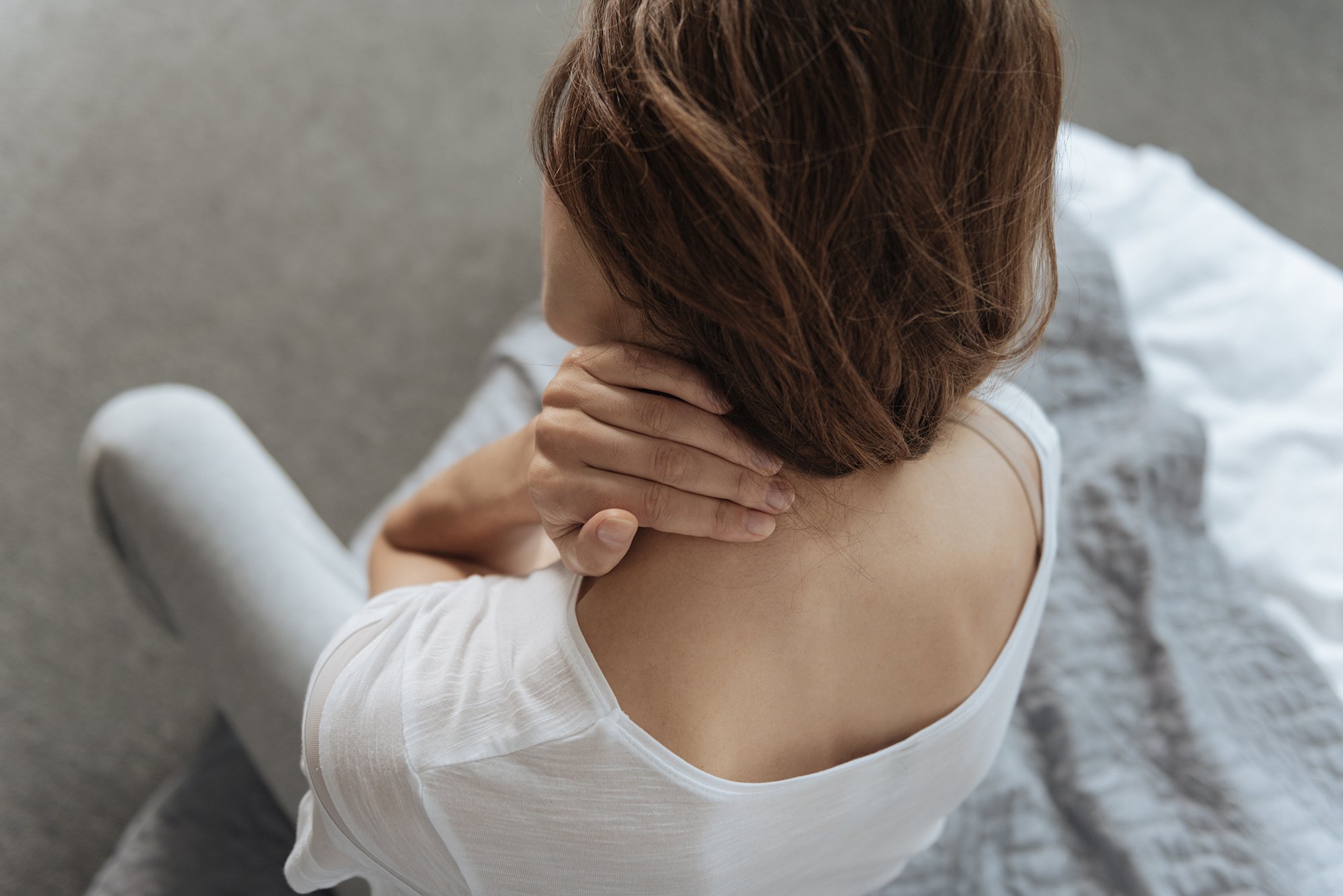 TNF-alpha is one of the worst offenders in chronic inflammation. Read on to learn how it works and great natural biohacks to decrease it.

What is Tumor Necrosis Factor (TNF)?

The transcription factor nuclear factor NF-kappaB is also heavily spoken about and these four proteins are what people most likely refer to when they talk about chronic inflammation (whether they are aware of this or not).

TNF can be increased in either Th1 dominance or Th2 dominance.

TNF increases CRP, which is a common blood measurement to gauge inflammation. However, CRP is not sensitive enough to detect lower, but chronic levels of TNF. See my discussion of this in my IL-6 post.

It’s important to realize that you can have TNF elevated locally in areas such as your hypothalamus or gut and it wouldn’t show on blood tests.

Many kinds of cells release TNF and then TNF goes on to stimulate other immune cells.

TNF then affects various cells. In particular, it will affect cells that line our blood vessels (endothelial cells), which causes vascular problems and this strongly causes cancer, as it causes angiogenesis and increased blood vessel formation (hypervascularization). It can also cause heart disease, kidney disease, and cognitive problems.

Therefore, it’s good to have this elevated somewhat at night when we want to fall asleep. TNF is elevated naturally in healthy people at night time.

The duration of daytime sleep in Alzheimer’s disease correlated with the degree of functional impairment in the patient [2], which is a result of elevated inflammation.

So high levels of TNF makes you thinner by causing you to eat less and by inhibiting glucose into fat cells.

If you decrease TNF, you will become more hungry and store more fat.

Hence, it’s not surprising that anti-TNF therapy results in weight gain – an average of 5.5kg or 11 pounds in only 12 weeks [7]. It’s incredible that only one variable changed (TNF) and the study participants gained on average 11 pounds.

Low doses of TNF given to mice caused insulin and leptin resistance in the hypothalamus, which should contribute to obesity [8].

Even a relatively low level of TNF decreases aldosterone synthesis in response to ACTH (precursor of cortisol), which increases in response to stress and intense exercise [9]. This can lower blood pressure.

Exercise increases ACTH, which normally tells our body to conserve salt by increasing aldosterone. However, if we have inflammation, then aldosterone production will be limited and if we sweat a lot it can cause low levels of salt in the body.

I have already spoken about how I think trying to increase your motivation or mood by hacks, tricks, or by changing your mindset will only increase your neuroticism.

If you have elevated TNF and you bring it down, this will positively affect your mood and motivation.

TNF plays a major role in many diseases and is a cytokine that is a performance killer.

TNF can cause lasting harm by damaging your mitochondria [10].

TNF makes you tired, lowers your mood and decreases cognitive and physical performance by suppressing orexin [5, 6, 2].

Orexin is an extremely important neurotransmitter for many bodily functions.

Orexin performs a number of key roles in memory acquisition and consolidation, as well as in long-term memory reinforcement [2]. Hence, if you have elevated inflammation, it will harm your cognitive performance (also by decreasing BDNF, etc).

Chronically elevated TNF-alpha can also disturb the circadian rhythm and cause fatigue in the day [2].

TNF can keep you from getting into ketosis [16].

When your natural skin fungus gets out of control, the body attacks it with cytokines that include TNF (also IL-6, IL-1b, IL-8), which recruits other aspects of the immune system [17].

The Most Significant Factors That Influence TNF

The two main factors that cause elevated TNF, if I had to guess, are lectins [54] and obesity [55], since fat cells produce TNF. If we ate less, a lot of people’s inflammation problems would disappear.

Other likely causes are sleep deprivation [56] and high blood glucose levels [57] from eating too much, especially high glycemic index foods.

UV acutely increases TNF [62, 63, 64] (but eventually downregulates it). This is the likely reason why some people experience fatigue from sunbathing.

Recent research indicates that TNF is potently inhibited by exercise (specifically, myokines or proteins produced by the muscles such as IL-6) [65]. However, excessive exercise or Marathons will elevate TNF [66].

An infection can also elevate TNF. Bacterial (rather than viral) infections are more likely if you have elevated TNF [67].

Since TNF is one factor that makes us tired at night, I recommend taking most supplements in the day time.

All of the products that are not drugs are in my toolkit unless there’s a star next to it.

The vast majority of herbs and natural products inhibit TNF, IL-1b, IL-6, and NF-kB to one degree or another.

There are drugs that target TNF (monoclonal antibodies). They are effective and should be taken if all else fails and if they are indicated for your condition (with the approval of your doctor). You’d also want to measure your blood levels of TNF before you take these drugs.

The biggest problem with inhibiting TNF too much is that you become more susceptible to infections – and when you do get sick it’s more dangerous.

When researchers tried to give drugs to inhibit TNF and IL-1b together, they had to stop the trials because people started to get sick very easily. The supplements are not as strong, so there’s not much concern here. Also, when herbs inhibit TNF, they are simultaneously acting as antimicrobials, which prevents you from getting infections to begin with (or activating latent infections).

If you take multiple supplements and combine them with diet and lifestyle, the effect should be significant, but I haven’t noticed an increase in infections on myself.

Diet And Lifestyle To Inhibit TNF

One study found no difference in IL-6 or TNF in people who ate whole grains vs refined grains for 12 weeks [122]. However, I’ve come across many studies that do show a reduction in inflammation with legume consumption [123, 124] – but obviously not for lectin sensitive people.

Interestingly, in men, red meat was associated with lower TNF (but was correlated with CRP in women) [125].

Other Supplements To Inhibit TNF

It’s possible that TNF is activated by a chronic infection. An infection can also cause lectin sensitivity. Many of the herbs should help here, but in some cases, antibiotics are more useful.

Antibiotics like doxycycline should be explored as a last resort. While Doxycycline might not work and may have some side effects, at least it has some potential benefits. Doxycycline is a nootropic, where it increases neurogenesis and reduces microglia in the hippocampus (memory center) [237] and has been found to extend worm lifespans [238]. Minocycline also increases neurogenesis in adults [239] and lifespan in flies [240].

What SNPs Are Involved in TNF?

The reason why some people produce TNF more than others is at least partially as a result of genetic predisposition.

Here are the SNPS in the TNF gene that influence this cytokine’s production on SelfDecode, a program that analyzes and decodes your genetics.

In different environments, different genes are better for survival. For example, higher levels of TNF help prevent a tuberculosis (TB) infection [241] and other infections. The microbe that caused the plague was able to decrease TNF [242], contributing to its deadliness. We might not think of this as significant, but in our history, it mattered quite a bit.

With better hygiene and antibiotics and the desire for longer life, people with genes that cause elevated TNF are at a disadvantage in the modern era, even though it would’ve been useful in the past.

Skeletal remains show prehistoric humans from 4000 BC had TB, and researchers have found tuberculosis in the spines of Egyptian mummies dating from 3000-2400 BC. In Europe, rates of tuberculosis began to rise in the early 1600s to a peak level in the 1800s, when it caused nearly 25% of all deaths. By 1918, one in six deaths in France was still caused by TB [243].

The Cause of Brain Fog