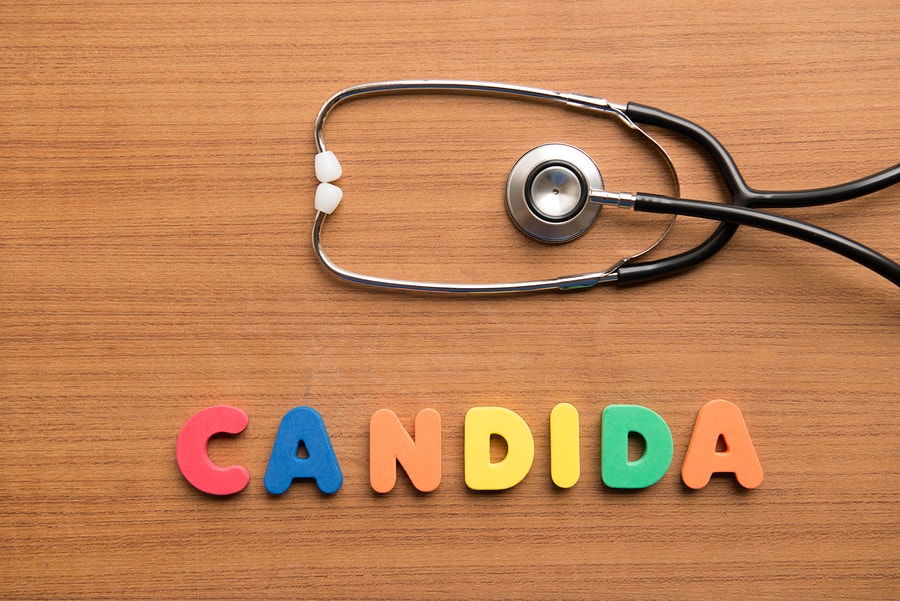 It goes without saying that if you have a serious problem with candida, you should try to get a doctor to treat it. This post is meant for people with candida that want to treat it themselves, in which case it’s probably not very serious or your doctors aren’t helpful.

Environmental triggers include refined carbs, stress, low stomach acidity (could be from antacids) and antibiotics. Anybody with brain fog after antibiotic treatment and/or a particularly stressful period should look into candida as being the cause, although it isn’t certain that candida is the cause.

People with candida or bacterial infections will often have a chronic type of brain fog. The mechanism fits in with the mechanism for almost all other types of brain fog: inflammation and oxidative stress. Candida increases TNF-alpha and IL-1 [3] (as well as IL-6 [3]), which are inflammatory cytokines and this leads to OS. Watch this video demonstrating how this takes place.

The Following Exhibit Activity With Candida

I’ve had clients who mentioned they had a resistant strain of candida and that’s why they didn’t want to take fluconazole. If this is the case it doesn’t mean fluconazole won’t help, it only means it won’t completely kill the infection by itself.

Candida can usually be cured through conventional and alternative means. I recommend getting a reliable test to confirm this diagnosis before going crazy with these supplements.

Eventually, when I get enough time, I will break down the mechanism’s by which each substance kills candida and formulate a protocol to encompass all of the ways to kill candida. Also, these lists aren’t comprehensive.

As always, consult with your doctor.

Most Highly Recommended for Combating Candida

I recommend using a lot of spices on your food such as Curry and Italian seasoning.

The main reason most of these are less highly recommended is that they simultaneously decrease the Th17 immune response.

Videos on Conventional Treatments of Candida

How The Immune System Detects and Kills Candida/Fungi

How Fluconazole and Other Azoles Kills Candida and Fungi

How Amphotericin B Kills Candida and Fungi

Amphotericin is dangerous and should be a last resort, though taking a lower dosage and combining it with other substances should be explored.