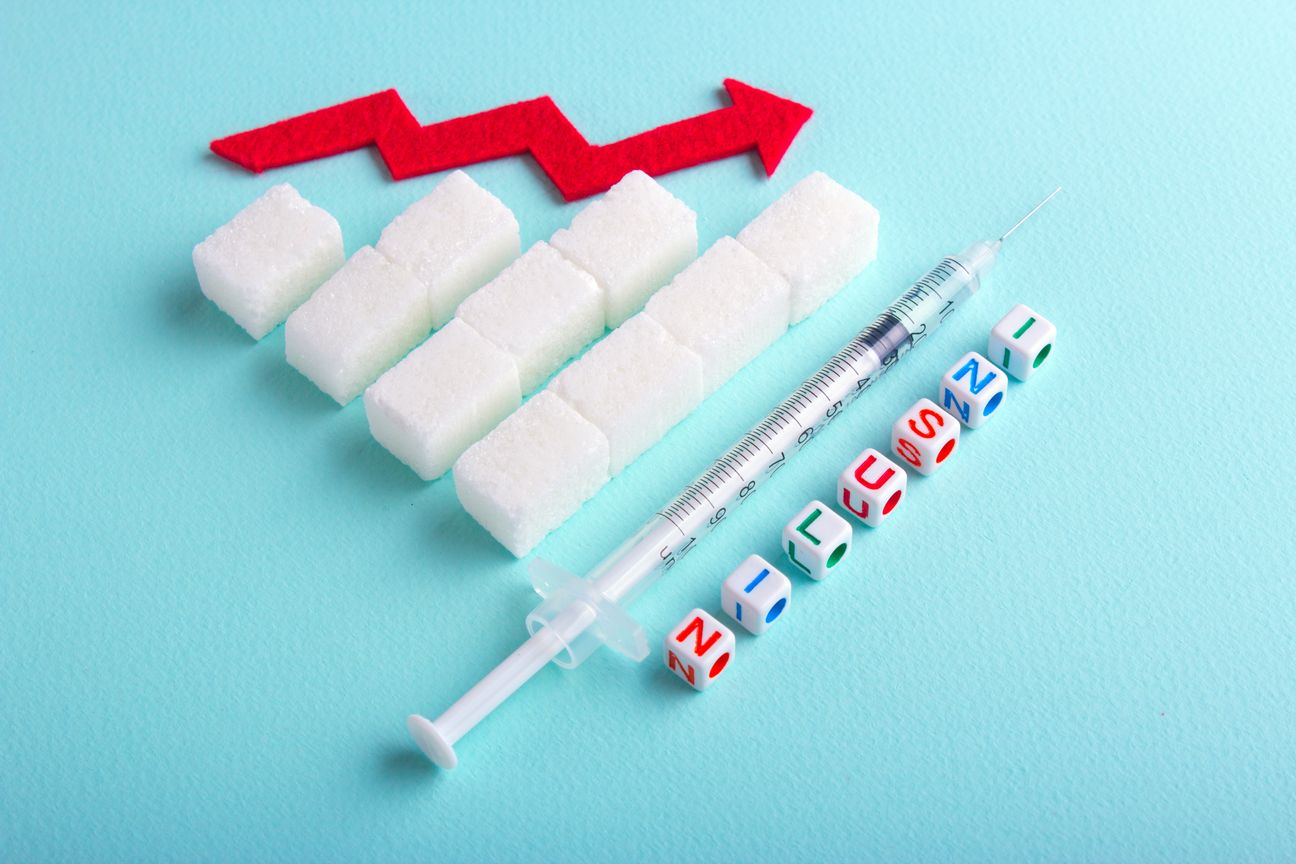 If you are struggling with chronic health issues – the way I used to – you probably have piles of lab tests that can potentially tell you a lot about your health. Blood glucose may be one of them. However, doctors never had enough time to explain it properly. They will only notice it if the lab flags your test results as outside of normal. But what if all your results are coming back normal, yet you know you are feeling nowhere near healthy? They may even tell you there is nothing wrong with you, and that it’s all in your head – I’ve been there.

The Causes of Insulin Resistance and Hyperinsulinism

One should realize that insulin resistance is a broad term and that you could be insulin sensitive in one way and resistant in another. Fat, muscle, and liver store glucose.

You could be insulin sensitive in your muscles and resistant in your fat cells, in which case you’ll be muscular and lean. This isn’t always optimally healthy.

For example, if you have elevated levels of the inflammatory cytokine TNF-alpha it will cause insulin resistance in fat cells but not muscle cells. This isn’t a good situation even though aesthetically you’ll look good.

Sometimes thin people can also have insulin resistance. PCOS is a relatively common disorder among women, affecting up to 10% of women 12 – 45.

Thin women with PCOS also have insulin resistance. There is also research that suggests that there is a male version of PCOS experienced by a certain percentage of men. PCOS and its associated IR are much easier to detect in women because of overt androgenic signs like facial hair growth, alopecia (balding) and fertility issues, but males can have a similar kind of issue and wouldn’t be noticeable because men all healthy men have facial hair, etc… However, the symptoms can manifest itself as premature balding.

In thin people, IR can in part be caused by an inefficient conversion of Inositol to D-Chiro-Inositol and because of excess inflammation and oxidative stress.

In overweight people who initially were never tired after eating carbs, being overweight is the significantly more likely cause of IR.

Read: What may be the markers of the male equivalent of polycystic ovary syndrome?

About one third of the premature balding men showed the combination of hormonal shifts and higher insulin resistance. This frequency corresponds to the prevalence of PCOS in women.

A significant percentage of people have some level of glucose intolerance and turn to low-carb and other diets.

Insulin spikes or hyperinsulinism from insulin resistance can contribute to fatigue, weight gain, and hypoglycemia.

Hypoglycemia is very damaging to the body and contributes to all kinds of cognitive issues.

Below is a list of reasons why insulin would spike. This list is pretty comprehensive, so go through it one by one until you get to the cause.

Everything on this list is from scientific literature, but I just didn’t have time to link out to everything.

Unfortunately, not even a fraction of this information is coherently put together elsewhere (I’m not sure why).

If the reader finds a cause that is unrelated to the ones given below, please do share.

These are the main causes among relatively healthy Americans who mostly eat the SAD diet and are sedentary.

It’s easy to jump to the idea that we are probably deficient in something, but don’t forget that the most common explanation is that we just eat too much.

Over 20 million people in the US have thyroid problems. You can avoid it.

Symptoms like constant fatigue, weakness & aches in muscles and joints, dry skin, depression or trouble concentrating, and abnormal weight gain can all be signs of a thyroid issue developing.

Download your Thyroid DNA Report today to find out how to combat thyroid issues and improve your health!

Supplements That May Contribute to IR

Additives that cause IR

Hyperinsulinism Not Related to IR